First things first. The numbering system of L.A.’s streets was established by 1846. By the 1880s, if not earlier, addresses south of 1st Street – technically southwest, since DTLA’s grid is laid out at a 36° angle; more on that in a second – had the postal designation “South”, while all addresses north of 1st were “North”. That’s why we have, for example, 789 N. La Brea and 789 S. La Brea. Likewise, addresses east of Main Street were designated “East” and so on. Now about that 36° angle, which you can see on a map: this reveals L.A.’s Spanish roots. The Laws of the Indies, set forth in 1573 to develop Spanish colonies worldwide, decreed that streets be laid out at a 45° angle so that all structures may receive equal sunlight throughout the day. The geography of young Los Angeles didn’t quite allow for that, so early urban planners got as close as they could with 36°. Once L.A. expanded west of today’s Hoover Street, the city – now an American one – adopted Thomas Jefferson’s rationalist north-south grid system. 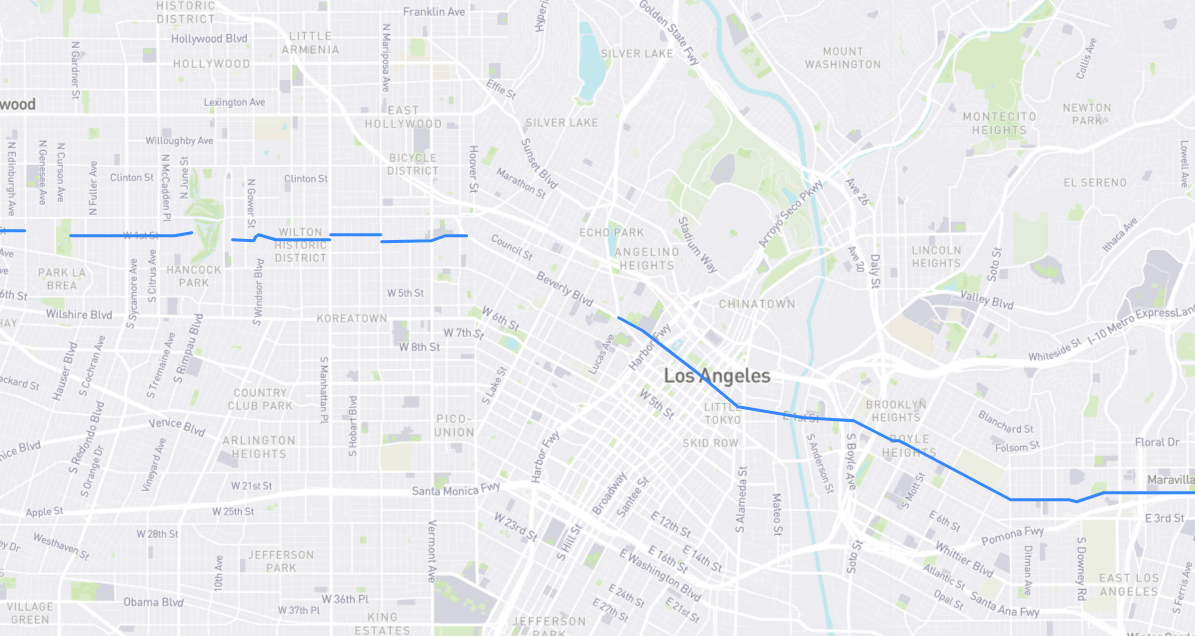