Henry Gaylord Wilshire (1861-1927), a Cincinnati banker’s son who went by his middle name, was an odd duck: a “millionaire socialist” who befriended fellow leftists Jack London, George Bernard Shaw, and Upton Sinclair; pioneered billboard advertising; cofounded the city of Fullerton; and spent his final years hawking a quack invention called “Ionaco” that he claimed cured everything from bronchitis to diabetes to baldness. As for his eponymous thoroughfare, it was born in a Westlake barley field that Wilshire bought in 1887, not long after moving down from San Francisco. In 1895, after failing to find oil on the tract, Gaylord Wilshire and his brother William ran a four-block-long “boulevard” through it and christened it with their surname. (They also named Benton Boulevard after William’s middle name.) This little road eventually consumed the former Orange Street in DTLA and the former Nevada Avenue on the Westside, but the route it follows has been in use for eons – by Spanish settlers (who called it “the old road”), the indigenous peoples before them, and even the Ice Age mammals who wound up in the La Brea Tar Pits. 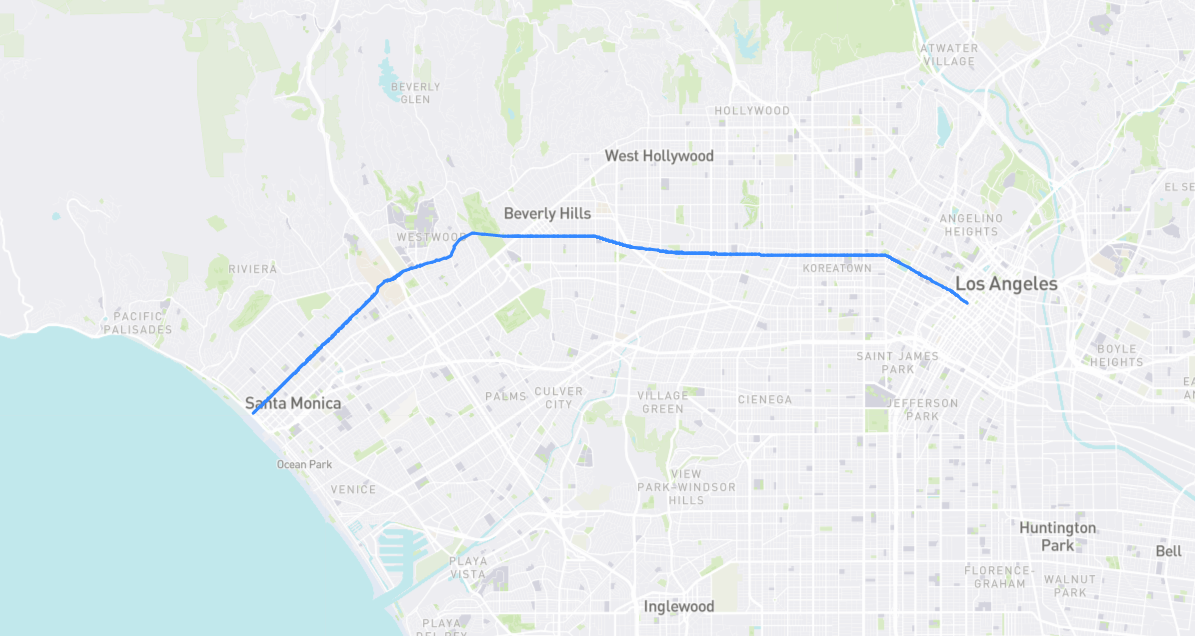