This street was born in 1917 as Teviot Street; a city ordinance soon changed it to Tesla Avenue to avoid confusion with another Teviot Street a few blocks away. The honoree could only be Nikola Tesla (1856-1943), the Serbian-born electrical engineer known for his work with alternating currents and wireless electricity. Why him? Probably because his name starts with “Te”, like “Teviot” – when renaming streets, L.A. civil engineers often looked for alphabetically consistent replacements. Anyway, many folks today think of Nikola Tesla as a cult figure whose genius was unappreciated during his lifetime and who died in obscurity. In fact he enjoyed quite a bit of celebrity, regularly making the news from 1888 until his death. His name was even borrowed by a California coal mine in 1897! Nearby Schisel Terrace was renamed Tesla Terrace in 1934. 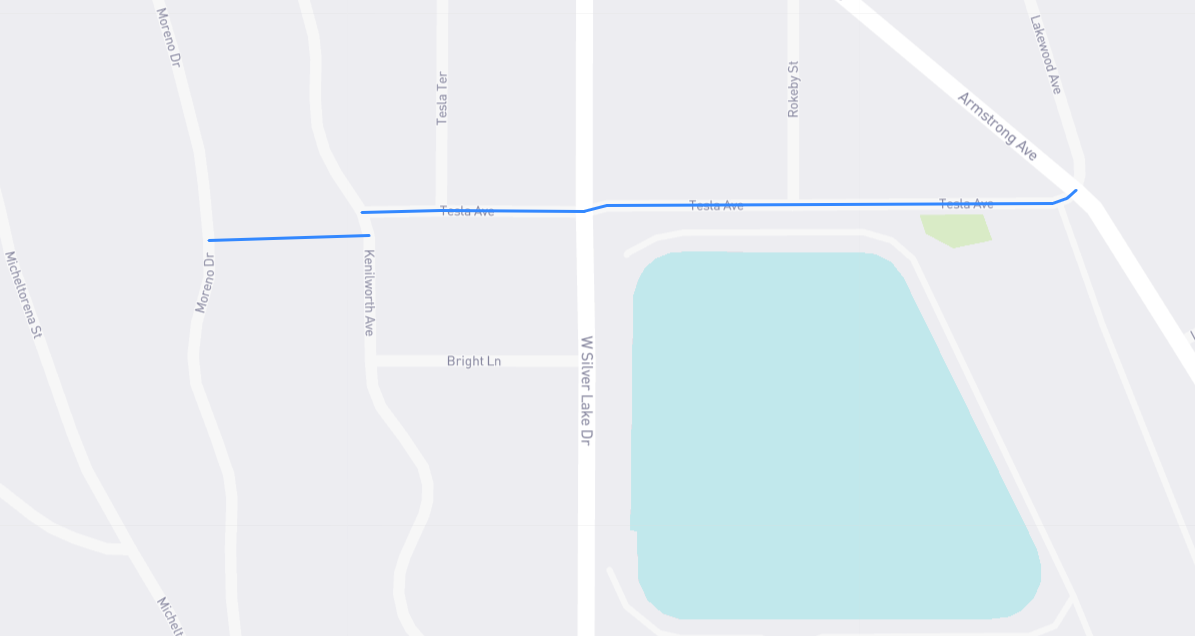