The bridge in question was first erected in late 1871/early 1872, back when this was all rural farmland. It crossed today’s Rio Hondo, then still known as the San Gabriel River or more specifically the “Old River“: the San Gabriel had recently changed course after a flood, creating the “New River” that we know today. In any event, the original bridge was removed in 1905; its replacement is long gone. As for its namesake, 1871 newspapers reported that the bridge would be built at “Foster Crossing”, near the property of one S.C. Foster. This was no ordinary farmer but Stephen Clark Foster (1820-1898), the first American mayor of Los Angeles. He and his wife, the former Mercedes Lugo (c. 1808-1913), had a home near the present-day intersection of Foster Bridge Blvd. and Scout Ave. 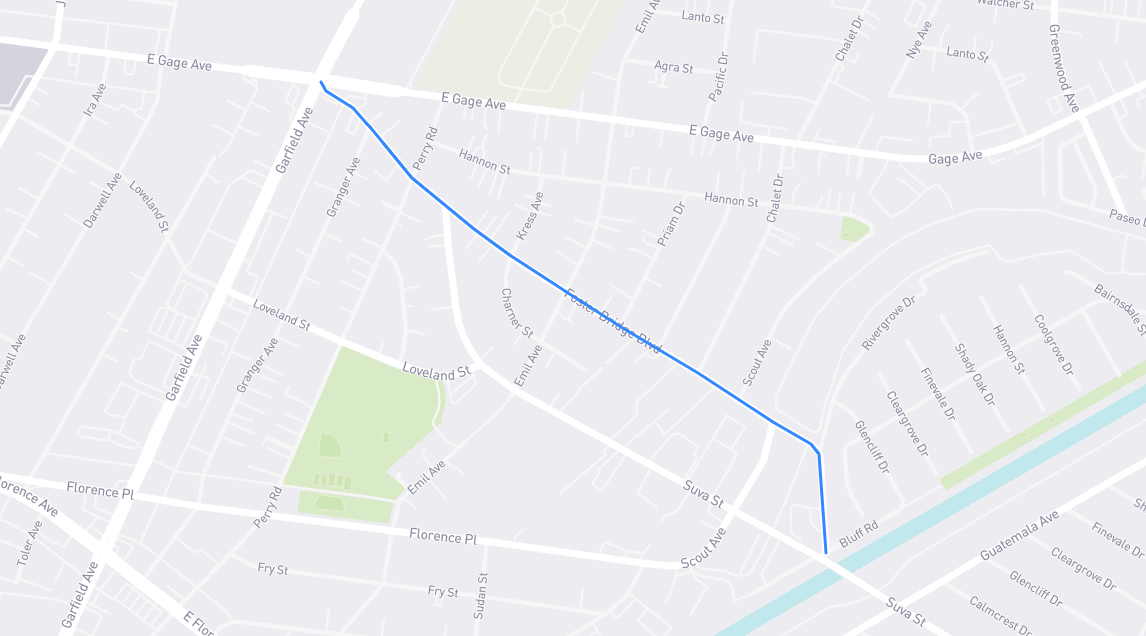