Jabonería means “soap factory” in Spanish, and there was indeed once a soap factory in this vicinity. It was established in 1832 by an early settler named Lemuel Carpenter (c. 1810-1859). The actual factory was located near the present-day intersection of Slauson and Telegraph, and the name caught on: by the 1850s, a 1,600 acre portion of the former Rancho San Antonio was known as “Rancho La Jabonería”. For decades, while this area was still quite rural, various dirt roads took on the Jaboneria name. This particular one was known as the Compton-Jaboneria Road from 1890 until 1959, when residents requested that the “Compton” be dropped. Poor old Compton: even back then, folks wanted to distance themselves from it. 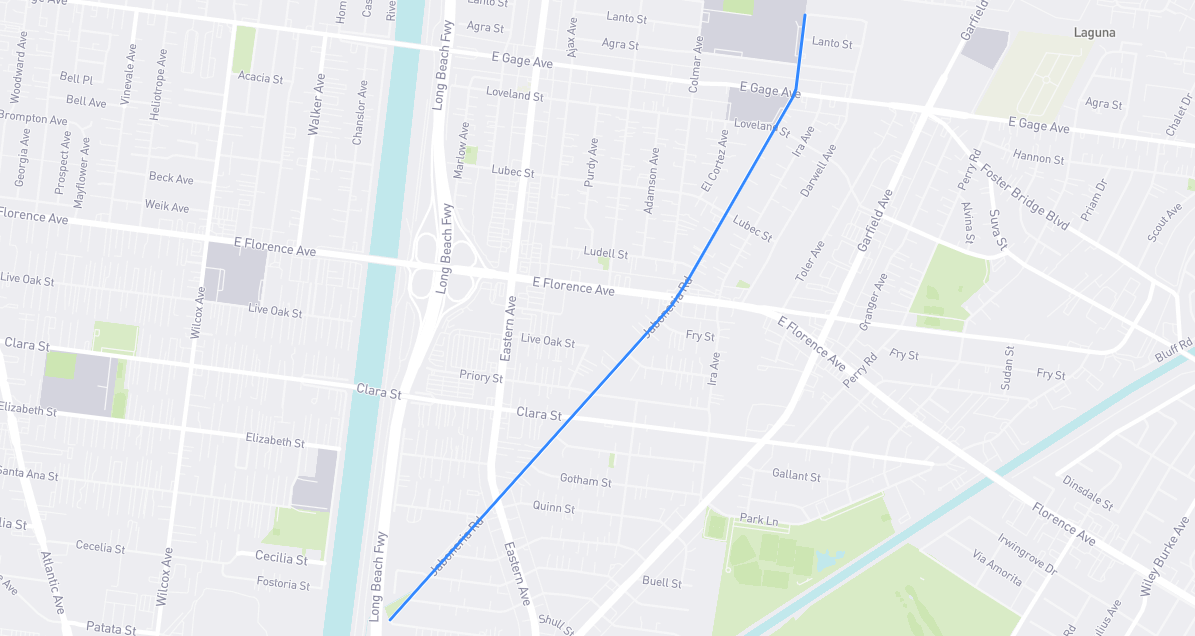