Named for Stephen Clark Foster (1820-1898), the first American mayor of Los Angeles. Born in Maine, Foster came to L.A. in 1847 as an Army interpreter after the Treaty of Cahuenga ended California’s involvement in the Mexican–American War. Colonel Richard Barnes Mason, one of several military governors of postwar California (John Drake Sloat was another), appointed Foster alcalde of L.A. the following year. What Mason saw in the young translator is unclear, but Foster was so popular that he was properly elected mayor in 1854. He later served as school superintendent and county supervisor. In 1923, months after naming this street, Carthay Center developer J. Harvey McCarthy wrote a gushing article about Foster for the L.A. Evening Post-Record, claiming to have known the man in childhood. 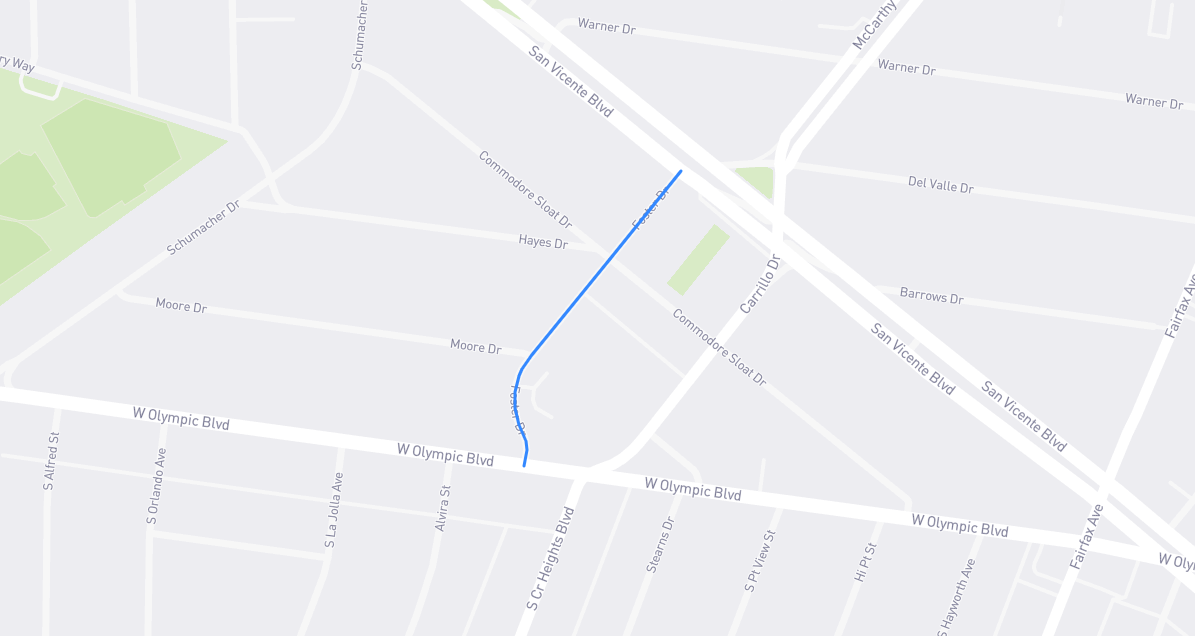