Believed to be named for movie star Clark Gable (1901-1960) as part of Elwain “Red” Steinkamp’s 1947 Encino Heights tract. Although the Ohio-born Gable was by then one of Encino’s most famous residents, he actually lived three miles away. Newlyweds Gable and Carole Lombard came to Encino in 1939, buying a 20 acre ranch and building a mansion there called “The House of Two Gables”. Lombard died in a plane crash in early 1942; Gable remarried and stayed at the ranch for the rest of his life. After his widow Kay Spreckels Gable sold off the property in 1972, it was subdivided into the Clark Gable Ranch Estates (later just Clark Gable Estates). The street on which “The House of Two Gables” sits was renamed Tara Drive, after the Gone with the Wind plantation. 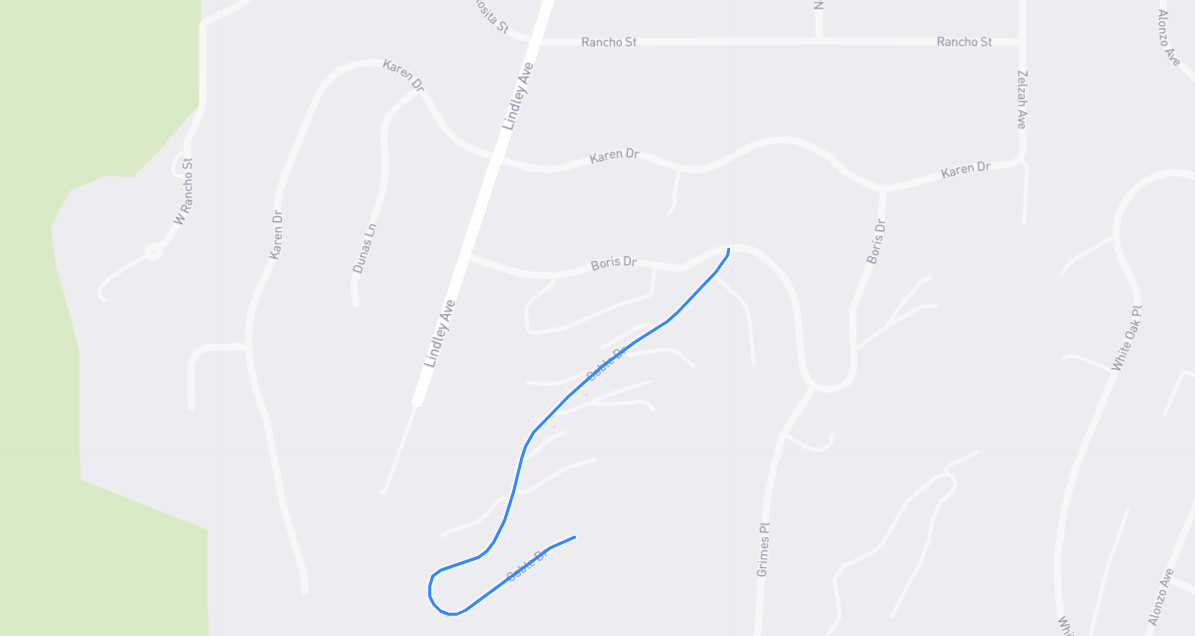