Named for the fictitious manor in Gone with the Wind, as that film’s star Clark Gable lived on this spot from 1939 until his death in 1960. Gable’s 20 acre ranch was officially located on Petit Avenue, but his actual house, which he called the “House of Two Gables” for himself and first wife Carole Lombard, sits on present-day Tara Drive. Gable’s ranch was subdivided in 1974 and became the Clark Gable Ranch Estates (later just Clark Gable Estates), which is when this cul-de-sac was laid out and named. The neighboring street Ashley Oaks is also derived from GWTW. 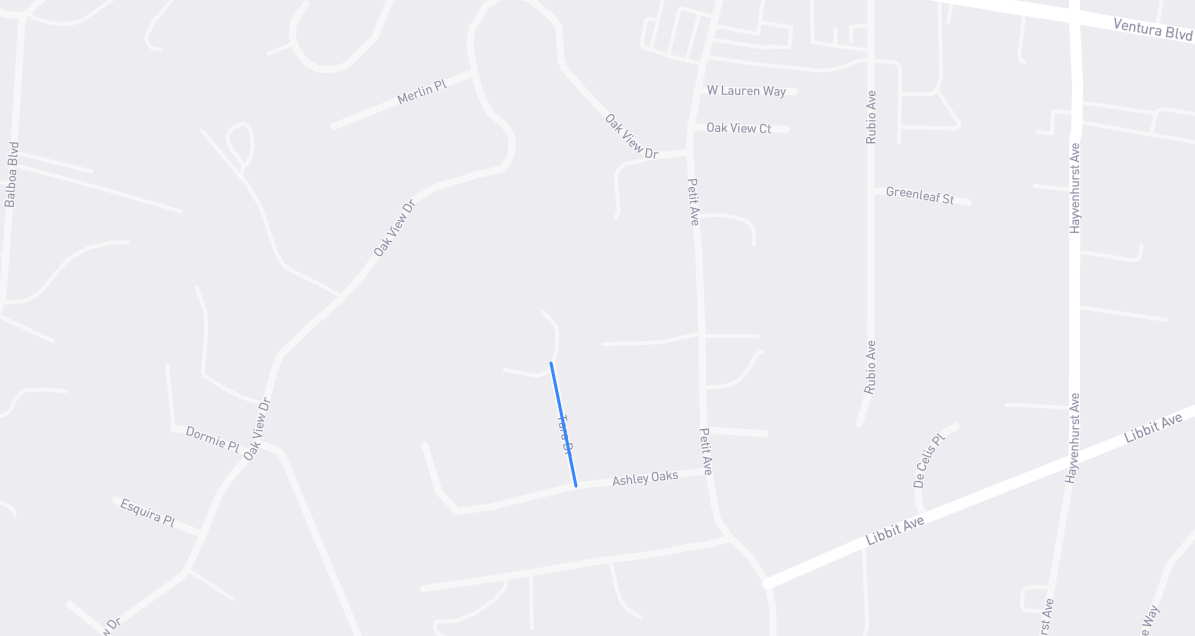