As part of a 1974 tract called the Clark Gable Ranch Estates, located on the former site of Clark Gable‘s ranch, this was named after the character Ashley Wilkes in Gone with the Wind. A curious decision, since it was English actor Leslie Howard who played Ashley in the film; Gable, of course, played Rhett Butler. See Tara Drive for more. 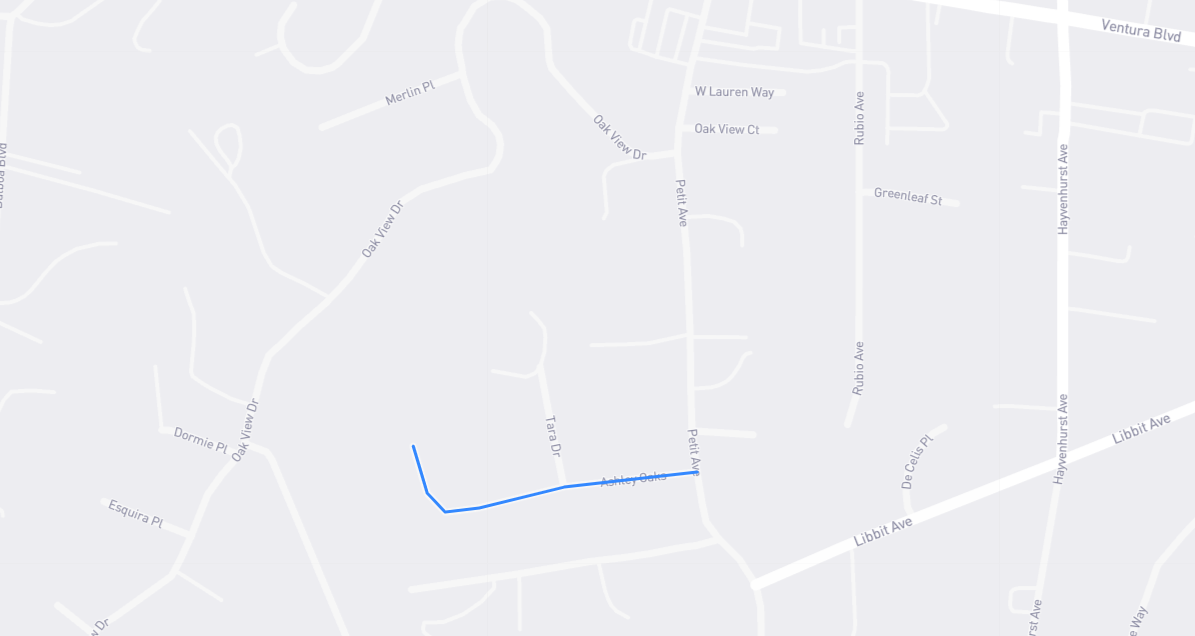