This is the north-south Gage Avenue. Two and a half miles away is the east-west Gage Avenue. Separate streets, named for the same person, decades apart. Confused? It’s understandable. This Gage Ave. started out as Gage Street in 1896, if not earlier. Its namesake: Henry Tifft Gage (1852-1924), a powerful L.A. city attorney who would soon be elected governor of California. (For more on him, see that other Gage Ave.) Gage was close to fellow attorney Henry T. Hazard (1844-1921), who subdivided this neighborhood in the 1880s and named this street for his old friend. (“Frenemies” might be a better word for the two: in one 1891 incident, while fighting over $5, Gage shoved Hazard – then mayor of Los Angeles – through a plate glass window.) Gage Street became Gage Avenue in 1937 by bureaucratic decree. 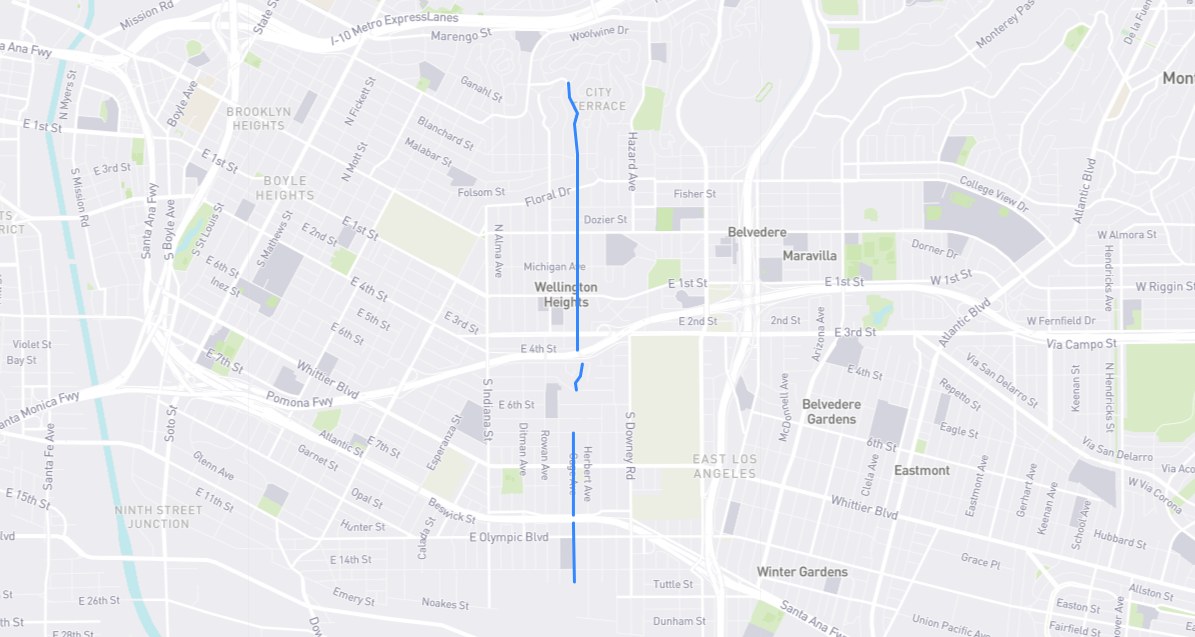