Named for CA Governor Henry Tifft Gage (1852-1924), who owned a home on this street. Gage was a New York-born, Michigan-raised lawyer who set up practice in Los Angeles in 1877 and soon gained his most significant client: the Southern Pacific Railroad. In 1880, he married Francisca “Fannie” Victoria Rains (1863-1951), a descendant of the Lugo family, who had owned the 29,000 acre Rancho San Antonio here for generations. Three years later, the couple took over the old Lugo hacienda. Gage was appointed assistant city attorney in 1881, then got into politics. In 1898, with a campaign engineered by the Southern Pacific, he was elected governor, but his tenure was marred by his bizarre denial of the bubonic plague(!) epidemic in San Francisco and he did not run for reelection. Gage Road, named by 1925 and running east of Garfield, marked the beginnings of this thoroughfare. Gage Avenue itself was named in 1930, taking over much of Hyde Park Boulevard and 63rd Street and erasing Baker, Irvington, and Merrill avenues. (Residents’ protests fell on deaf ears.) As for the Gage/Lugo hacienda, parts of which date to 1810, it still stands at 7000 Gage Ave. in Bell Gardens – although it’s surrounded by a trailer park. 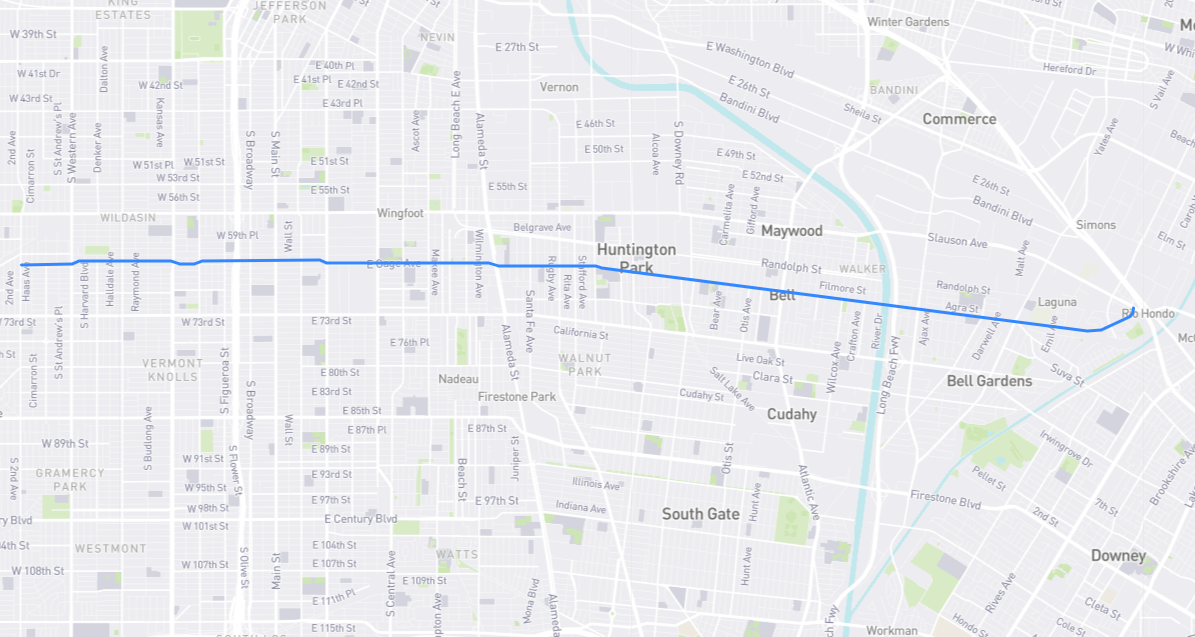