Named for Christian Ganahl (1835-1922), an Austrian-born wood merchant whose Ganahl Lumber stores still operate in Southern California today. Ganahl immigrated to America in 1854 and first settled in St. Louis, where he prospered in both the timber and leather trades. Along with his family and business partner John J. Schallert (1854-1895), Ganahl came to Los Angeles in 1884 to take over the John Bryson Lumber Company at First and Alameda. Ganahl, Schallert, Charles W. Atwood, and James W. Browning purchased a chunk of land from Mathews, Fickett, and Breed in 1887 and opened it as the Ganahl tract later that year. (They subdivided the land into residential lots; there were no lumber yards here.) Ganahl Street was born on that 1887 tract, but its original stretch between Wabash and Brooklyn (now Cesar Chavez) became part of Fickett Street in 1926. 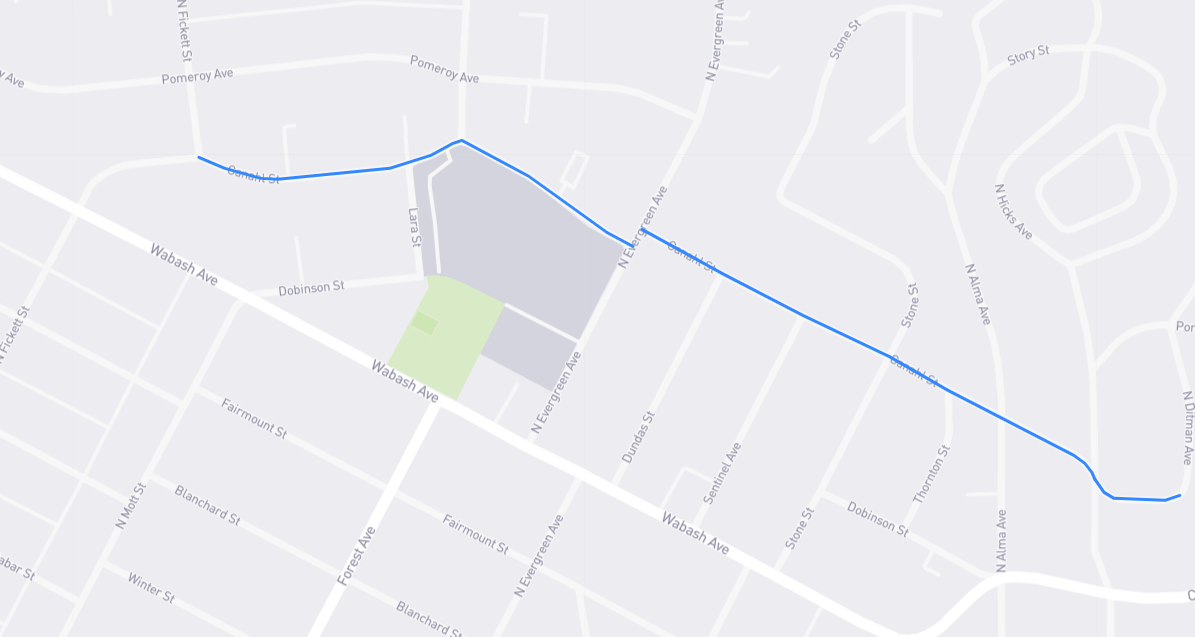