(Mis)named for José María de Echeandía, governor of Mexican-era Alta California in 1825-1831. Little is known about Echeandía, including his birth and death dates, but he was a civil engineer in the Mexican army who, while surveying the boundaries of Mexico City, was ordered to go north and run California. Echeandía didn’t wish to live in foggy Monterey, the territory’s capital, so he operated out of San Diego. He briefly co-governed in 1832-1833 after the unpopular Manuel Victoria was deposed, then went back to Mexico and civil engineering. A “dream map” of Los Angeles, first laid out in 1855 and revised in 1871, reveals city planners’ intentions of naming five thoroughfares after California’s old Mexican governors: Pico, Micheltorena, Alvarado, Figueroa, and Echandia. (His name was misspelled on the map.) Echandia Street was meant to be west of the L.A. River, most likely where Central Avenue now lies. It never existed, but Boyle Heights’s Echandia Street follows its trajectory. 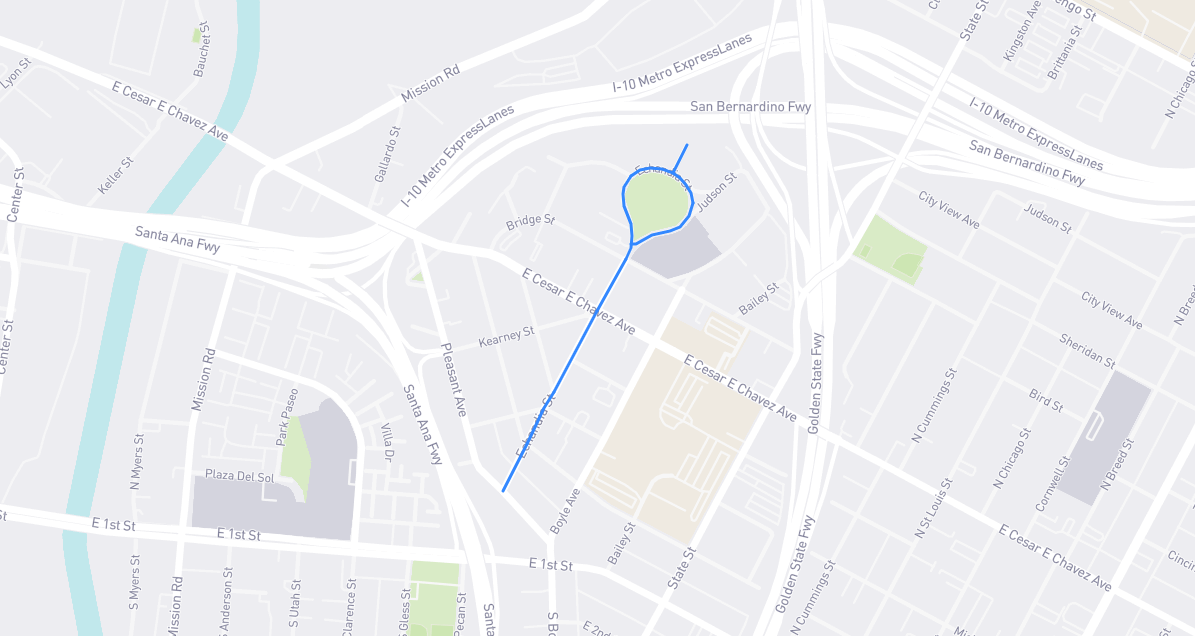