Walter H. Leimert named this street in 1927 as he was laying out Leimert Park. Its namesake: banker William Woodroffe “W.W.” Garthwaite (1852-1946), who never lived in Los Angeles but had known Leimert for many years. Garthwaite was a New Yorker who relocated to Oakland in 1882 and became an executive at the Oakland Bank of Savings, where a young Leimert worked as a clerk in 1901, shortly before he got into real estate. In 1912, Garthwaite was on the board of directors of the brand new Hotel Oakland (a historic landmark now repurposed as senior apartments), which counted Leimert among its investors. It’s not clear if Garthwaite returned the favor by investing in Leimert Park, but he did co-own other land subdivided by Leimert: see O’Sullivan Drive. Heartbroken by the death of his son John, W.W. Garthwaite passed six weeks later at 94. 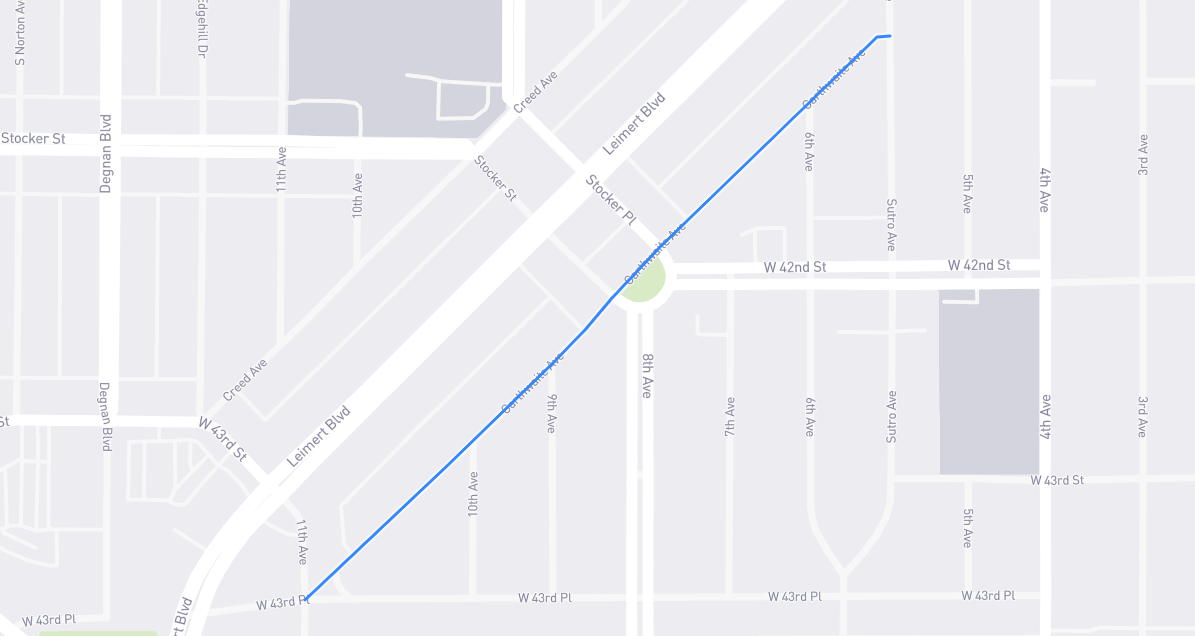