The long-accepted story – that both Vernon Avenue and the city of Vernon are named after George Reid Vernon (1838-1917), a Civil War veteran who settled here in 1871 – is only half true. Vernon, a New York-born Army captain who would later hold the rank of major general in California’s National Guard, in fact went to San Jose in 1869 (after a postwar stint at Fort Yuma) to work as a recruiter. But an 1870 news article, published during Captain Vernon’s brief posting in San Diego, noted that he “has evinced his faith in the future of Los Angeles by investing in real estate within the city.” It didn’t say where he invested, but we may presume it was where his namesake municipality now lies. Regardless, Vernon himself never lived here, although he did stay at the Hollenbeck Hotel on occasion. After his San Diego sojourn, he permanently settled in Oakland, where he worked as a stockbroker and as a special investigator for the U.S. Treasury Department. Back here in the Southland, the “district” of Vernon was first mentioned in 1873, Vernon Road in 1877, and Vernon Avenue in 1879. It eventually coopted all of 44th Street except for three blocks in Vernon itself. 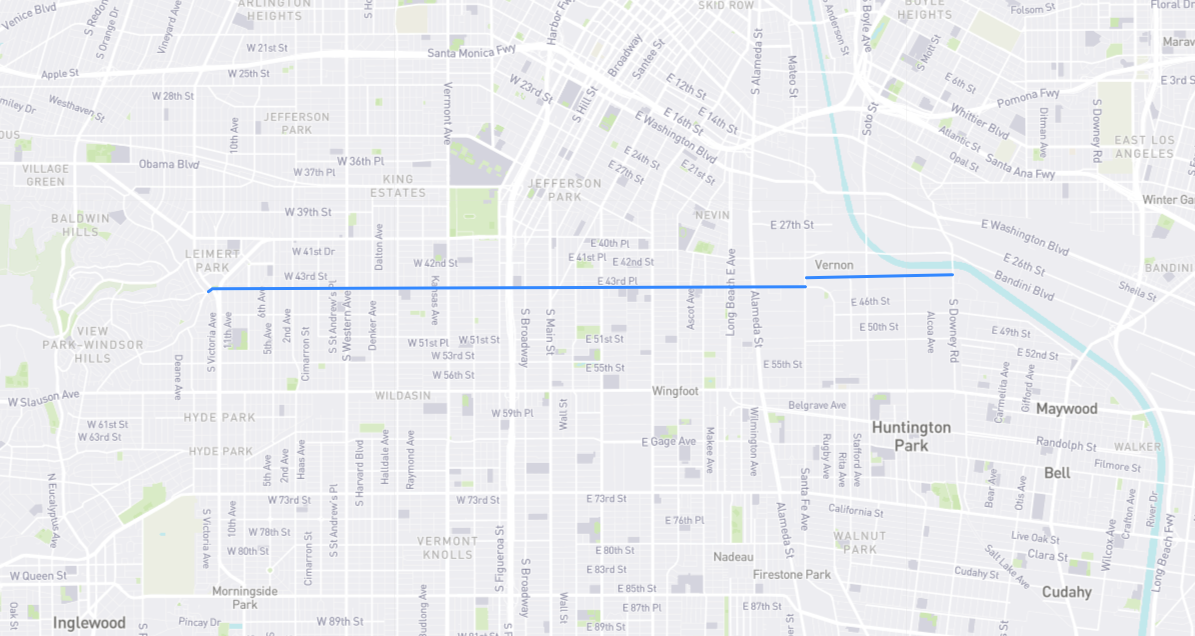