L.A.’s former Santa Barbara Avenue officially took on the name of slain civil rights leader Martin Luther King Jr. (1929-1968) on what would have been his 54th birthday: January 15th, 1983. The process of renaming the thoroughfare began in 1982, with city councilman Robert C. Farrell sponsoring the initiative. Farrell suggested Santa Barbara Ave. because it “slice[d] through the black community from its segregated roots on the east side to its achievement of status in the Baldwin Hills to the west.” (He probably didn’t know that until 1900, part of this road was originally called King Street!) Some residents along the 6.75 mile route protested, ostensibly because of the $64,000 price tag – the cost of new street signs and so forth – but City Council approved Farrell’s project on a 10-2 vote. In Long Beach, California Avenue (south of Signal Hill) was changed to Martin Luther King Jr. Avenue in 1986 to coincide with the first official celebration of King’s birthday as a federal holiday. Lynwood’s fragment of Century Blvd. was renamed Martin Luther King Jr. Blvd. on April 21st, 1989 – but part of the northern side of the street is within South Gate city limits, and South Gate opted to keep the Century name. 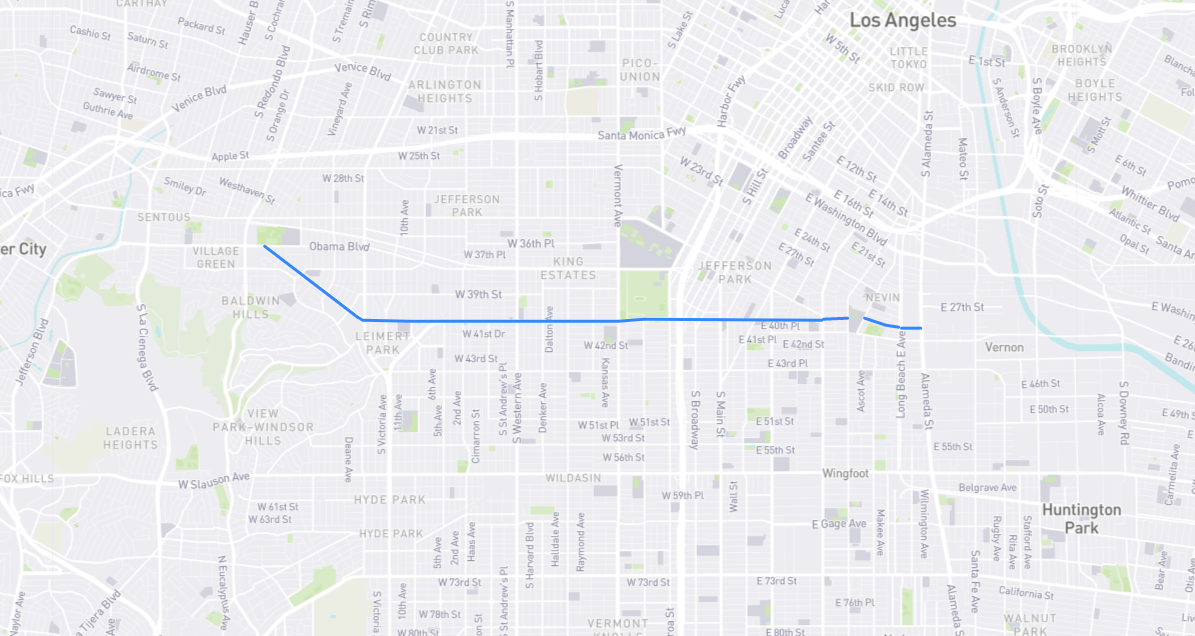