Fielding Wesley Gibson (c. 1814-1891) was a Mississippi man who ran a Vicksburg dry goods store before catching gold fever and heading out to California in 1849. He must have made some money in the Gold Rush, because in the early 1850s he came down and bought 250 acres west of El Monte from Henry Dalton. Here Gibson and his wife Betsey raised Merino sheep and grew oats and broomcorn – a coarse grass literally used in brooms. But Gibson was no mere farmer: he was an ambitious go-getter who served on the L.A. County Board of Supervisors from 1861 through 1863 and co-owned, with F.P.F. Temple, a huge tract that would become the city of Compton (see Gibson Avenue). Here in the El Monte/Rosemead area, the short-lived town of Savannah was established in late 1875 on Gibson’s and Asa Ellis‘s adjoining properties. It’s unclear if the two men were the actual developers, if Savannah was the brainchild of John Guess, or if it was a Lucky Baldwin enterprise, but the name survives in a nearby elementary school and a cemetery, where Gibson himself is buried. 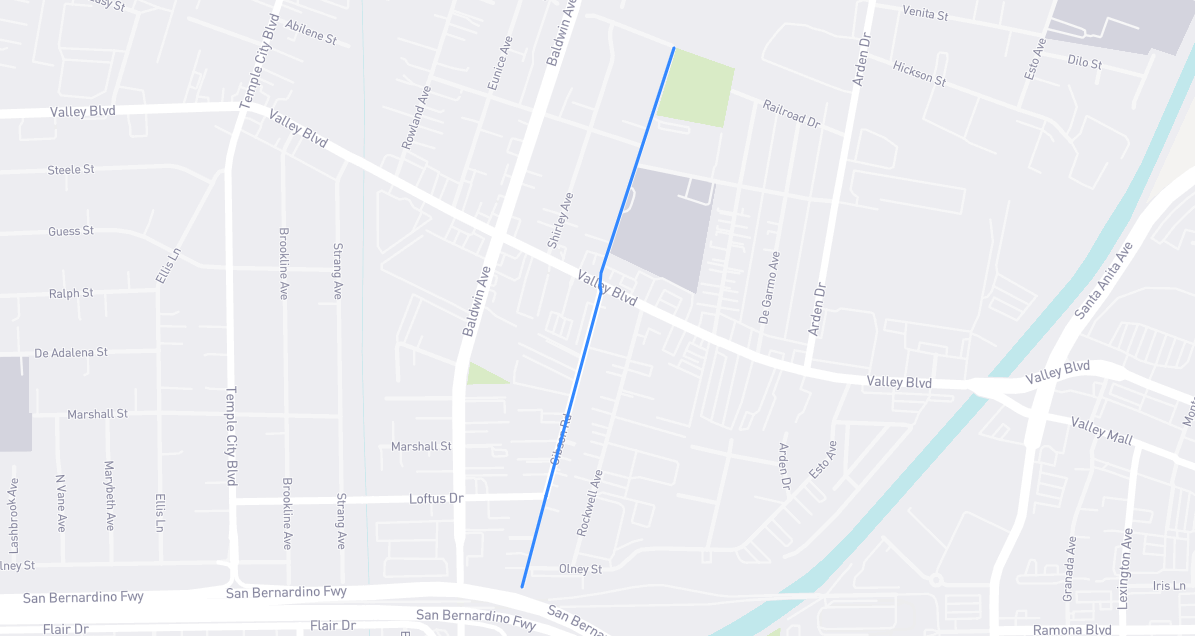