This street, named in 1893, marks the western border of the old Gower family farm in Hollywood. John Truman Gower (1820-1880) was a Mainer who had gone to Maui in his twenties to grow sugar. In 1851, he married Mary Gower Croswell (1823-1904), his first cousin once removed. The couple and their seven children remained on Maui until coming to L.A. in 1869. Two years later, they obtained 160 acres of public land here in the Cahuenga Valley and started growing wheat and barley. After John’s death, son George Truman Gower (1854-1928) grew everything from almonds to cotton to sugar beets. The original farm stretched from present-day Sunset to Melrose and from Gower Street to Tamarind. When the Gowers found more room to grow in the San Fernando Valley, they began selling off their Hollywood property, some of which became the Hollywood Cemetery (where several Gowers ended up!) and movie studios including Paramount, Columbia, and RKO. 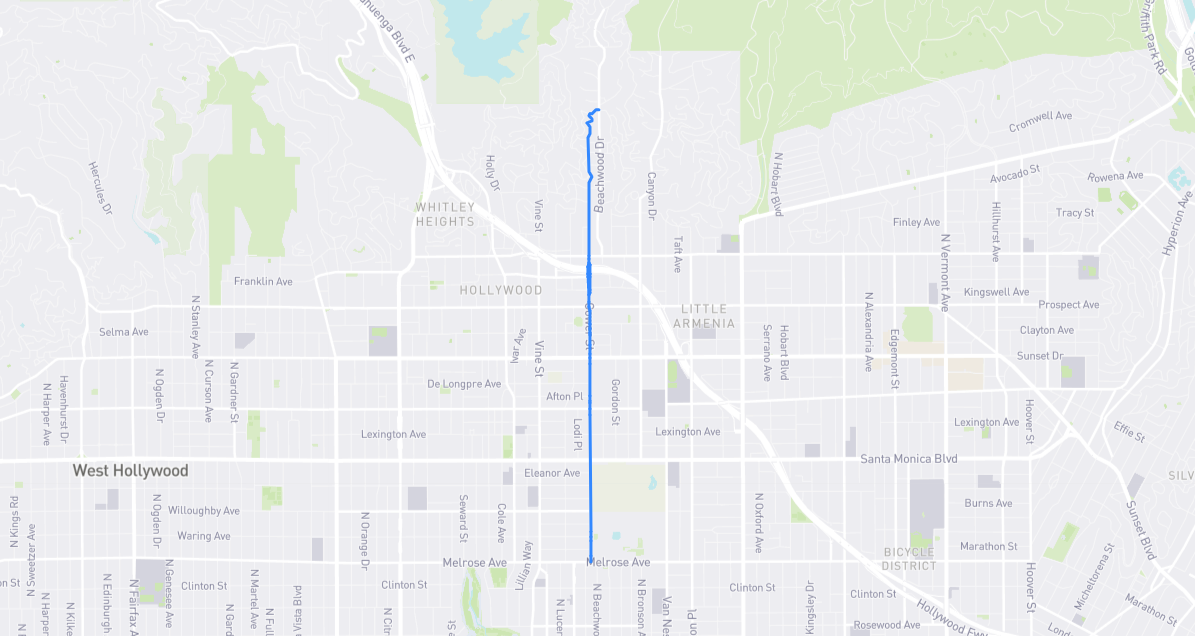