L.A. was first supposed to get a Sunset Boulevard in 1886, as promised by the planned town of “Sunset”. But that town never materialized, and its Sunset Blvd. eventually became the bit of Wilshire Blvd. that now runs through Westwood. So in 1887, H.H. Wilcox picked up the slack and began running ads stating, “Look out for Hollywood, at Cahuenga Pass, on Sunset Boulevard.” That was the Sunset Blvd. we know today. It started out small, its name referring to Hollywood’s view of the sun setting over the Pacific. (You didn’t need to climb high to see it in those rural days.) Sunset’s eastward expansion was completed in 1904, once it swallowed up streets with names like Bread, Short, Elysian, and Marchessault. Its westward expansion was another story: today’s Sunset Strip was known as Santa Monica Ave. during the town of Sherman‘s brief heyday, and west of Benedict Canyon, the long, unpaved road to the coast was called Beverly Blvd. until 1934. Sixty years after that, Sunset’s eastern terminus was renamed for César Chávez. 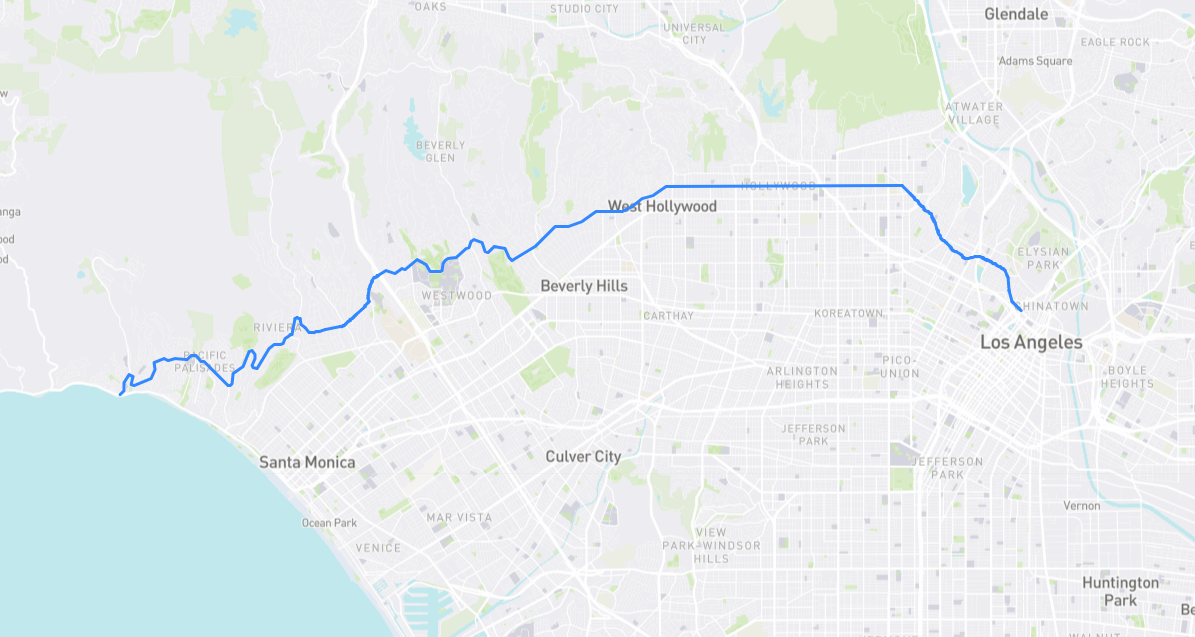