No, it’s not named for the old sitcom. But Green Acres Drive does have a showbiz legacy. The street lies on the former Greenacres estate, the 15.7 acre home of silent movie star Harold Lloyd (1893-1971). Lloyd purchased the land in 1923 and took years perfecting it: he and his family didn’t move in until 1929, dubbing it “Greenacres” seven years later. Although Lloyd wanted to maintain the property as a museum – he reportedly kept it immaculately preserved, looking exactly as it did in 1929 – it went into foreclosure after his death. A fellow named Nasrollah Afshani bought the place in 1975. He subdivided two-thirds of it – Green Acres Drive was named c. 1980 – but kept Lloyd’s house intact on a 5 acre lot. It’s been the home of billionaire Ron Burkle since 1993. 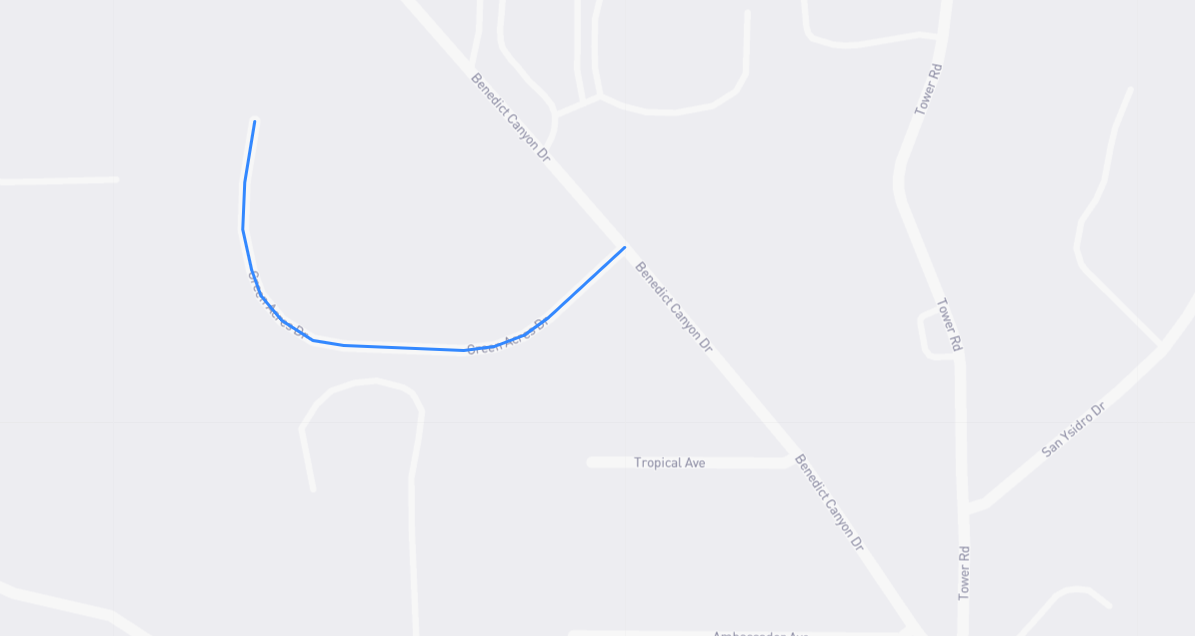