Angelo E. Benedict (1870-1955) was the youngest member of Benedict Canyon‘s namesake family. Born and raised in the canyon, Benedict left school after eighth grade to focus on farming, then married his first wife Agnes in 1893 and had three children with her. They eventually moved to Fullerton, where Benedict established a career as an oil well driller. In January 1919, their soldier son William died in Bordeaux, France – he survived WWI but perished from pneumonia. It’s unclear what happened to Agnes Benedict, but Angelo married his second wife Irene in the 1930s. The only other time he made the news was in a 1936 human interest story about his having driven 350,000 miles in California traffic without a single accident or violation. His brothers Pierce (1856-1937) and Frank (1863-1945) were more prominent: Frank was an LAPD detective and Pierce was on the Beverly Hills board of trustees; his 1934 book on BH history confirmed that Angelo Drive was named for his little brother. 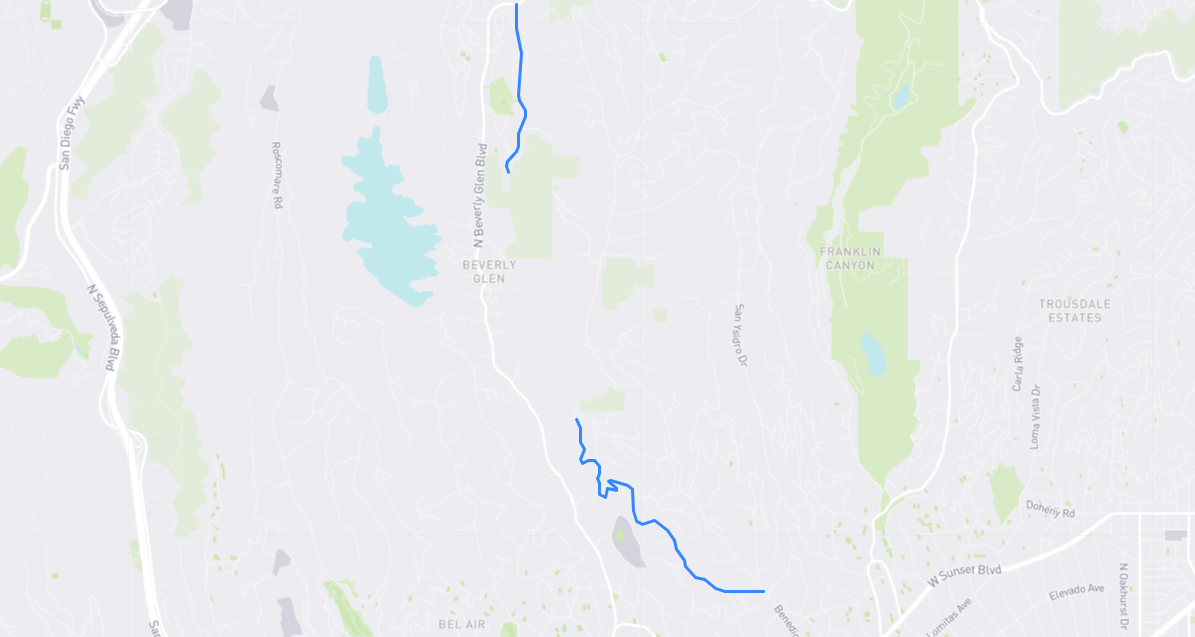