Named for Edson Abijah Benedict (1819-1886), a New York native who left Missouri for Los Angeles in 1862 and ran a grocery store downtown until 1868, when he bought 160 rugged acres of Rancho Rodeo de las Aguas and built a home at the base of Cañada de los Encinos – “Ravine of the Holly Oaks”. Benedict, his wife Josephine (1832-1921), and their sons Pierce, Frank, and Angelo kept bees here; Pierce later claimed that their apiary produced 45,000 pounds of honey in one year alone. The ravine itself was renamed Benedict Canyon by 1887, possibly to memorialize Edson in the wake of his death. Pierce purchased 230 more acres in the ravine, but by 1932 the family had sold it all off. As for Benedict Canyon Drive, it was first proposed in 1914 as a short cut between Beverly Hills and the Valley. It didn’t fully open until 1926. 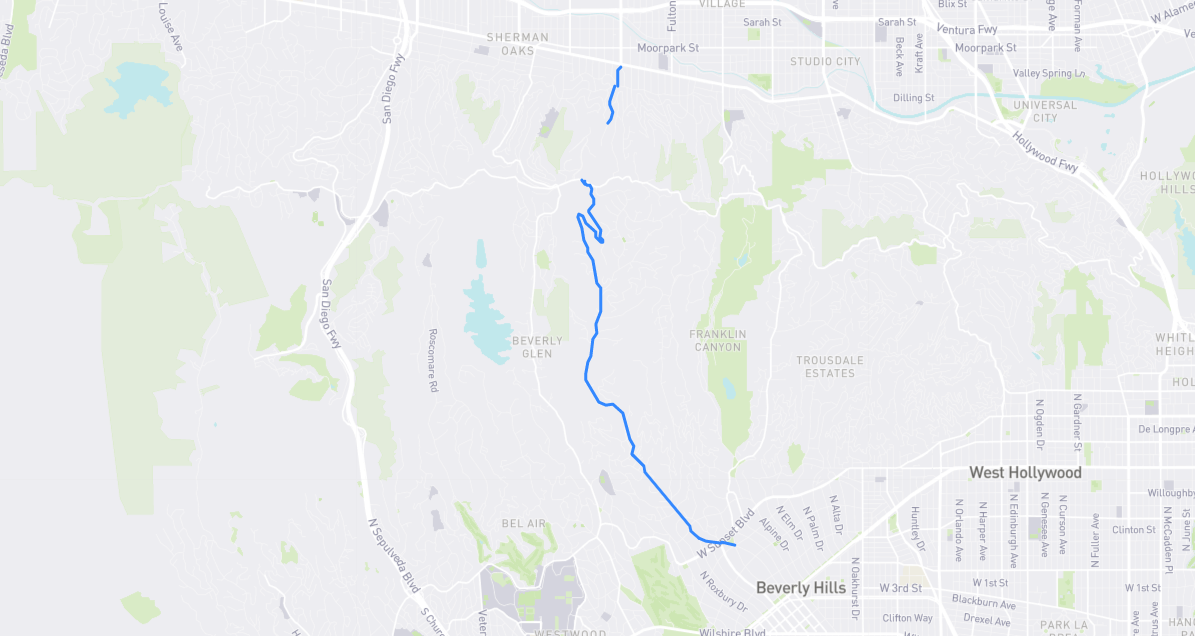