Named in 1927 for Howard Grosvenor Teale (1884-1958), who ran the Grosvenor Inglis Corp., which developed the Mesmer City tract, with partner George A. Bray. (Inglis was Bray’s mother’s maiden name.) Teale hailed from Birmingham, England. He came to Kansas City in 1908 and married Elsie May Braeklein there two years later. They were separated by 1921 and Elsie married Frank C. Dougherty the following year, settling in NorCal. Her son with Teale, Howard William, took his stepfather’s surname and later became a prominent Pasadenan. (Dying in 2014, Howard Dougherty missed his 100th birthday by a week.) Teale himself came to L.A. around 1923 and got in business with Bray. He married his second wife Hazel Val Jean Caldwell (née Merrifield, 1887-1965) in 1926; they had no kids. Teale quit real estate during the Depression – he was identified in the 1940 census as a flight instructor and on his death certificate as a mining engineer. 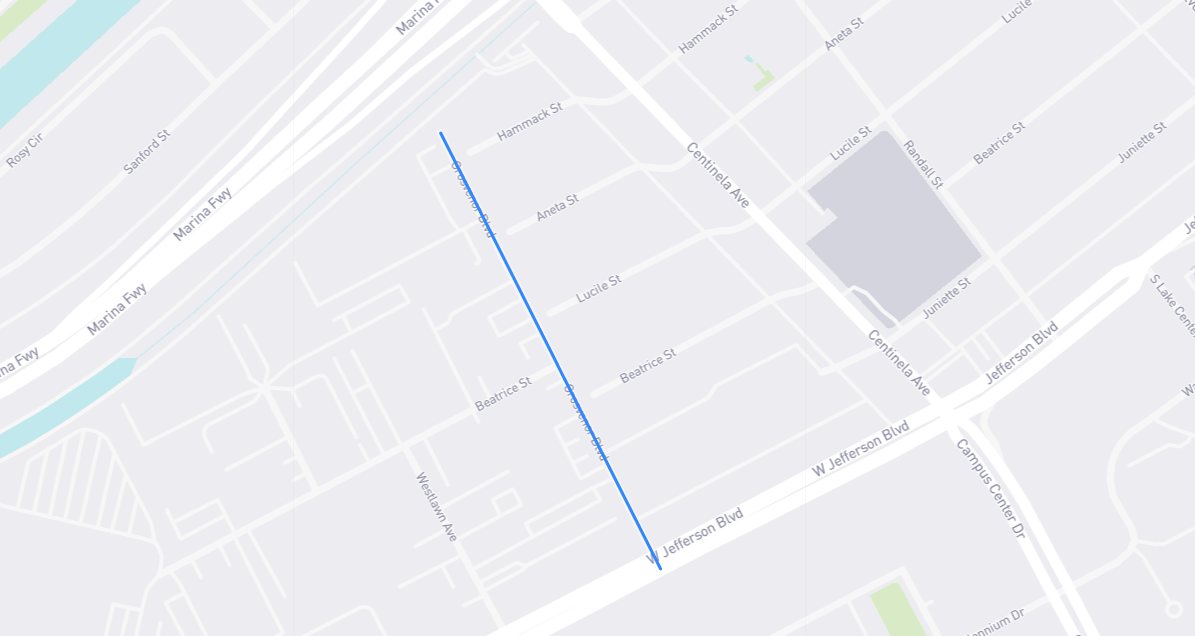