Louis Mesmer (1829-1900) was a baker from Alsace-Lorraine who came to L.A. with his family in 1859 and soon took over the United States Hotel, which remained under Mesmer ownership until it was razed in 1939. (He sublet management to the team of Hammel and Denker in the 1870s.) Mesmer was involved in a wide variety of civic affairs, most notably the construction of St. Vibiana’s Cathedral. He also acquired significant holdings in the Playa del Rey area, much of which would later be sold off by his son Joseph (1855-1947). Joe Mesmer was as prominent as his dad: his 1879 marriage to Rose Bouchard (1854-1946) was reportedly the first at St. Vibiana’s, and he ran the Queen Shoe Store from the hotel for 28 years. Above all, he was a major voice in the development of Civic Center and Union Station. Mesmer Avenue was named in 1924, on old Mesmer property, on the Mesmer City tract owned by George Alfred Bray and Howard Grosvenor Teale. Family footnote: Mary Agnes Christina “Tina” Mesmer (1864-1948), Joe’s sister, was the hapless wife (and victim) of Griffith J. Griffith: see Griffith Park Blvd. 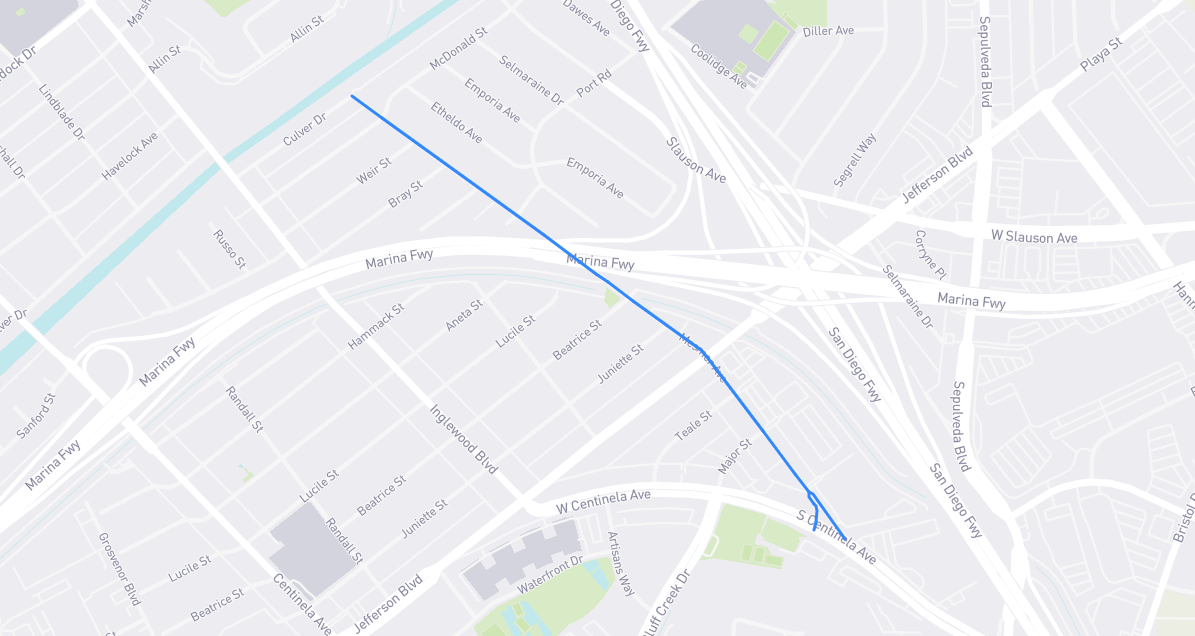