Named for Milton Ephraim Hammond (1866-1957), treasurer of the Los Angeles-Pacific Railway (LAP), the rail yards of which were once located in present-day West Hollywood. The New York-born Hammond was associated with many of Moses H. Sherman‘s business enterprises (like the LAP), along with Eli Clark and William Larrabee, who also have WeHo streets named for them. Hammond, his wife Marguerite, and their four children liked to entertain and travel, according to the society pages. Hammond Street was named in 1902. 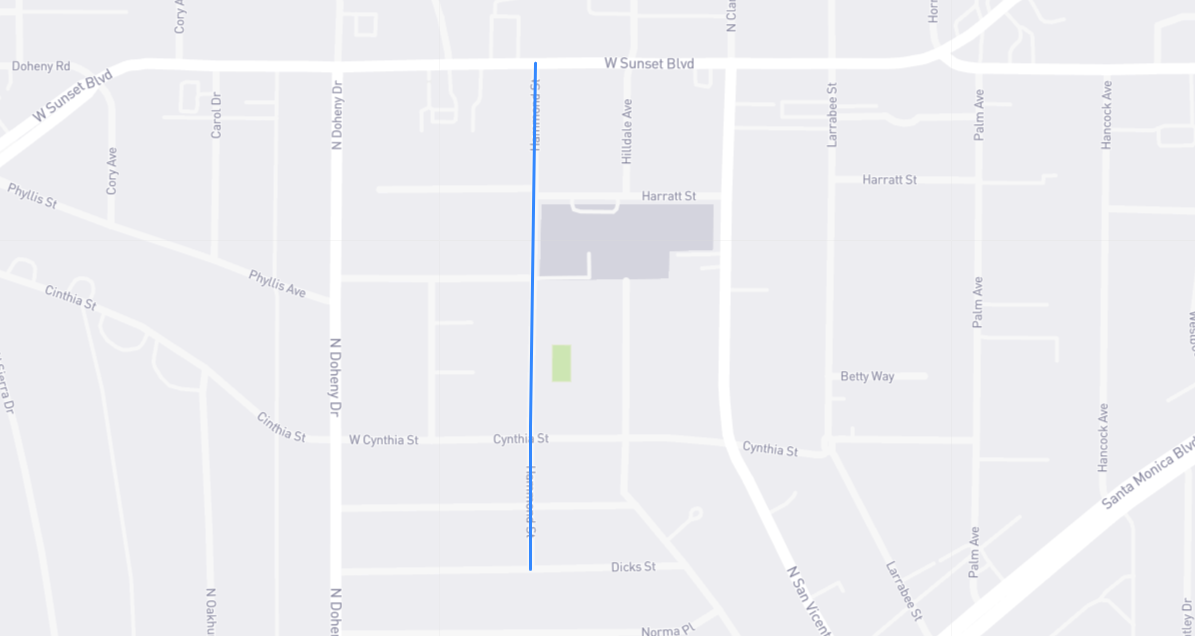