Named for Elijah P. “Eli” Clark (1847-1931), brother-in-law and business partner of Moses Sherman. Born in Iowa, Clark met Sherman in Prescott, AZ, then married Sherman’s sister Lucy (1851-1942). By 1891, all three had relocated to L.A., where Clark and Sherman founded the Los Angeles-Pacific Railway, its yards located in a new town they named Sherman (today’s West Hollywood). Powerful forces in Southland real estate, Clark and Sherman were also lifelong friends: they’re even buried together – along with Lucy Clark and Sherman’s daughter Hazeltine – at Forest Lawn. Clark Street was one of the first streets in Sherman. It began north of Sunset and ran down to the LAP rail yards, now the Pacific Design Center and an MTA bus depot. “But wait,” you say, “isn’t that San Vicente Boulevard?” For the most part, yes: when San Vicente was extended north through the rail yards in 1968, it consumed most of Clark Street, consigning Eli Clark’s mighty legacy to two little blocks north of Sunset. 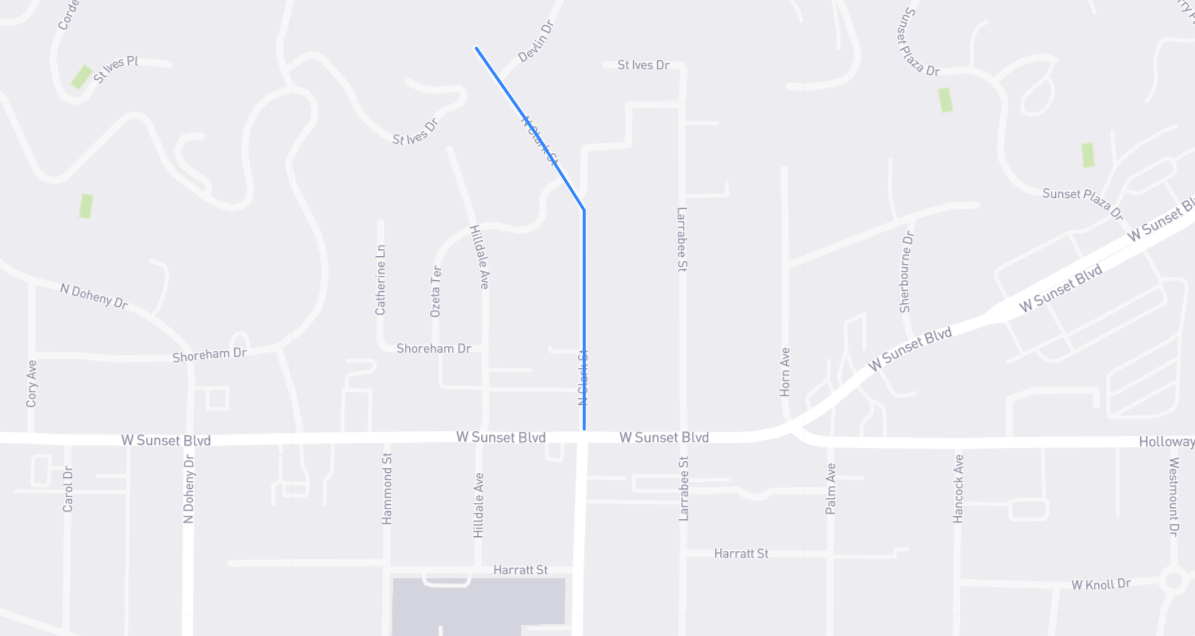