Named by 1905, Harps Street honors Jacob Harps (1849-1921), early resident of San Fernando and reportedly the Valley’s first builder/contractor. Harps was born in Mercer, PA into a large farming family – the twelfth out of who knows how many kids. He was living in San Francisco by 1875; early the following year, he married Santa Cruz native Lillian Nickerson (1857-1937) and they soon decamped for San Fernando. The Harpses and their two children were prominent in the small young town, rubbing shoulders with the Maclays, Porters, Griswolds, Hubbards, and Wrights. Jacob was also a tinkerer, filing patents for a hand truck and a fruit pitting machine. He even took part in the Klondike Gold Rush in 1898-1899. But he eventually had enough of Lillian and sued her for divorce in 1914. Apparently they lived two doors down from each other in the 1910 census, so they’d been estranged for a while. 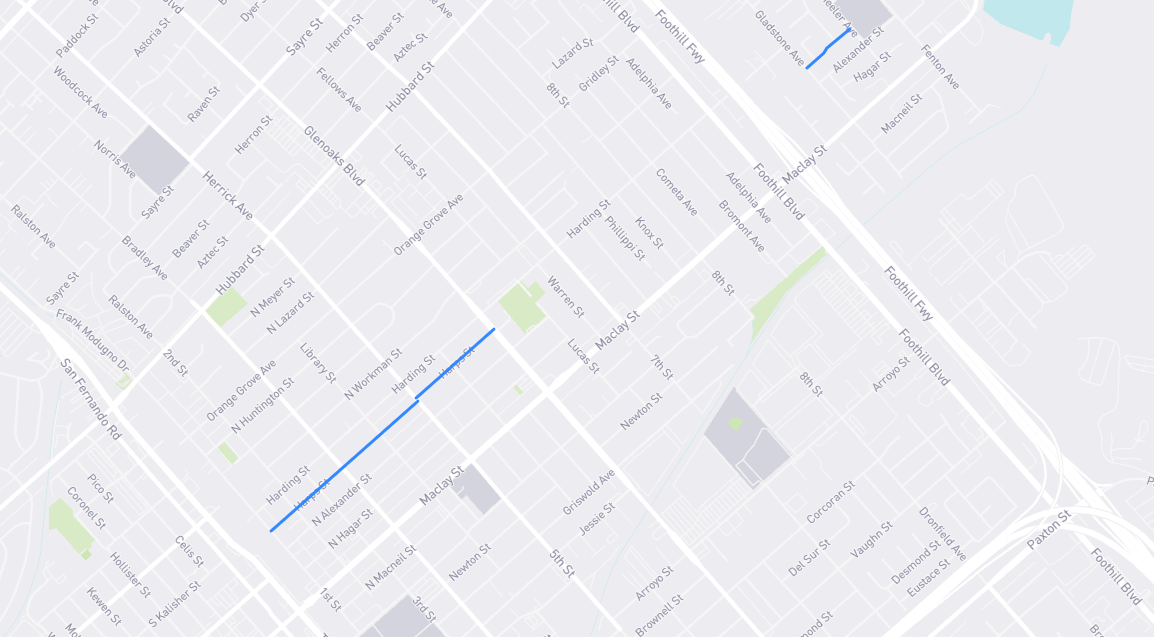