Emily Vose Wright (1855-1917) was an early schoolteacher in the city of San Fernando and the woman who coined the peculiar Valley name “Zelzah”. (See Zelzah Avenue for more.) Born in Prairie City, Illinois, Emily Vose came to the new town of San Fernando in 1877 and taught until at least 1886. She later became a staunch prohibitionist and fought hard to keep San Fernando dry. In 1880, she married Francis Marion “Bud” Wright (1841-1937), who co-owned (with Henry Hubbard) the largest grain ranch in the Valley, at 1,100 acres: the future site of Northridge. The Wrights themselves, who had no children, lived on a smaller ranch in San Fernando. It’s unclear which ranch Emily dubbed “Zelzah”; possibly both. At any rate, Vose Street was named in 1916. 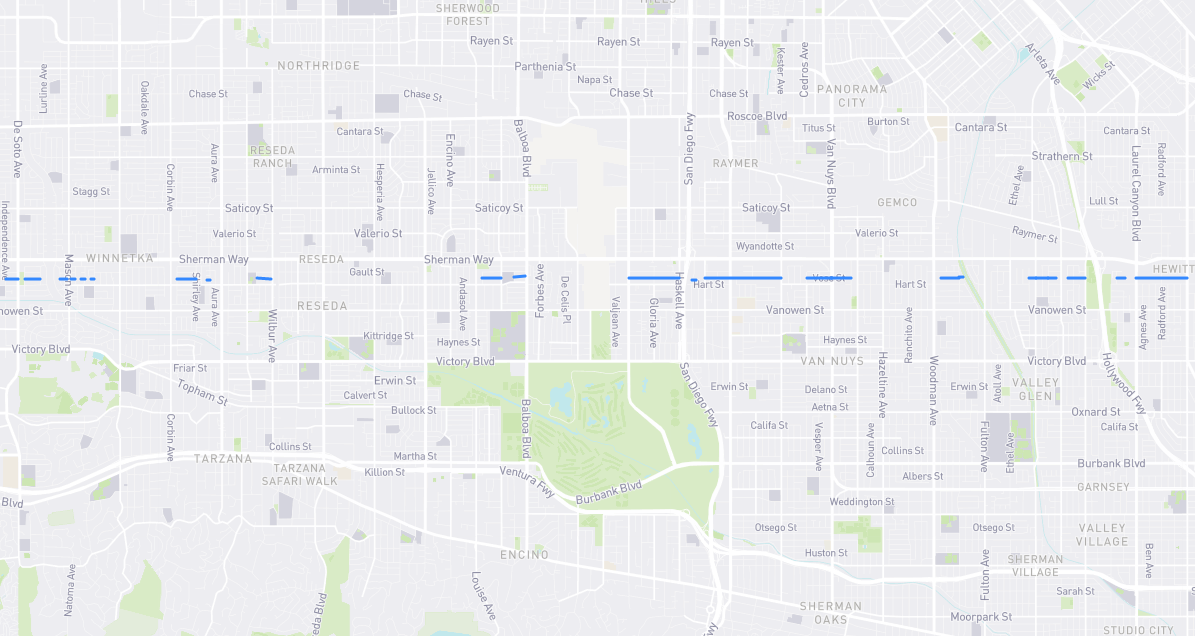