“Ellen” is for Ellen S.C. Bowker (1832-1906), who lived on this very street with her husband Harrison M. Bowker (1834-1906). Born Ellen S. Currier in Vermont, she married Bowker, a New Hampshire native who worked in the wholesale shoe business, in St. Louis in 1874. (Incidentally, there is an Ellendale neighborhood in St. Louis.) The childless Bowkers settled in Los Angeles in 1882 and opened their own little subdivision five years later: Ellendale Place. The Bowker home, dubbed “Ashuelot”, was on the corner of Ellendale and Adams. Harrison Bowker was active in his community: in 1892, he successfully petitioned the City to change the name of West Boundary Street back to Hoover Street. As for Ellen, she suffered from diabetes and reportedly went blind in the 1880s. Three years after her death, Harrison married Elizabeth Welsh, an elderly widow who had lived across the street for years. 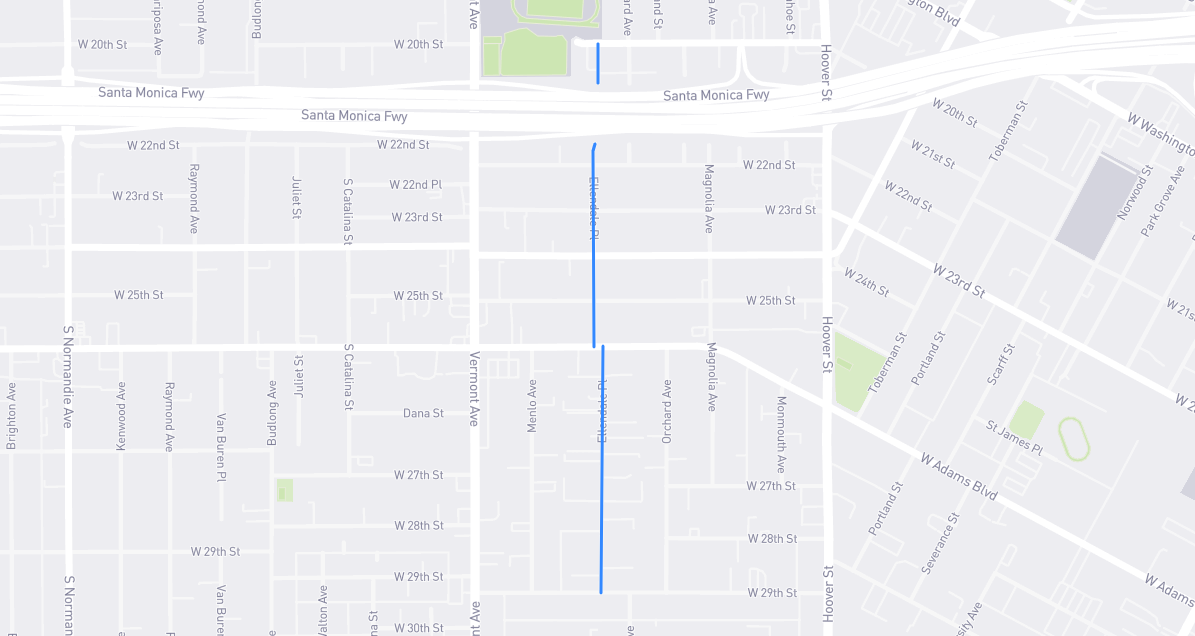