One of Monrovia’s oldest streets, named in 1886, Magnolia Avenue was purportedly lined with actual magnolia trees in its earliest days, said to be planted by Monrovia founder W.N. Monroe himself. (More likely he instructed other people where to plant them.) Monroe’s wife Mary Jane (1845-1932) has been credited with naming the city’s early botanically-themed streets. You won’t find too many magnolias along Magnolia Avenue today, but there’s a few here and there. 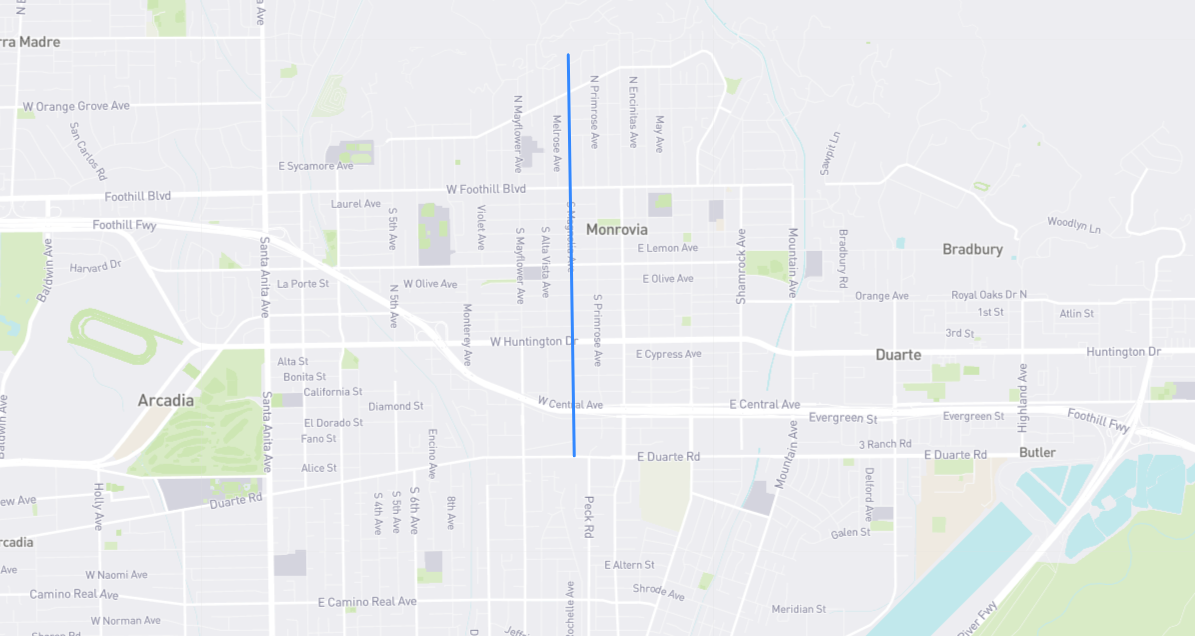