Named for Monrovia founder William Newton Monroe (1841-1936), a railroad contractor who lived a long, itinerant life. Born in Indiana, “Daddy” Monroe married Mary Jane Hall (1845-1932) in Fort Kearney, NE in 1863, while serving as an officer in the Civil War. After the war, Monroe worked on the Union Pacific’s westward expansion: the Monroes’ five children were born in four different states. The family first came to L.A. in 1875 but were soon off to Texas for more railroading. (Their six-year-old son Jesse died there in 1882.) They returned in 1884 and Monroe, now working on the Southern Pacific, bought 240 acres of the Santa Anita rancho from Lucky Baldwin. He christened Monrovia the following year. (The town had other investors, including lawyer John D. Bicknell and carmaker John Studebaker.) Monrovia incorporated in 1887 as the fourth city in Los Angeles County, after L.A. itself, Santa Monica, and Pasadena. W.N. Monroe, naturally, was its first mayor. Monroe Place was one of Monrovia’s first streets – Myrtle Avenue, named for a Monroe daughter, was another – and was the site of the city’s first homes. The Monroes’ own mansion “The Oaks“, on Primrose, faced the little street. Monroe would spend many more years abroad, including a long stint building railroads in Alaska, but returned to Monrovia for good in 1911. 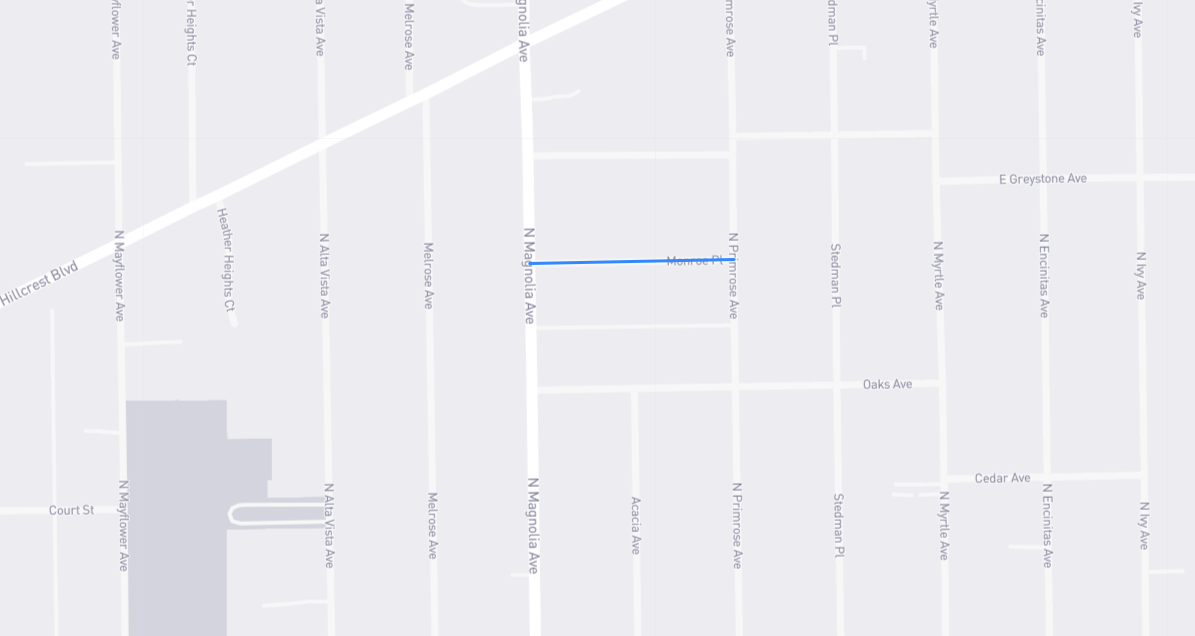