This little street named for Joseph Hyans (1840-1912) stands as a testament to his broken streetcar dreams. Hyans, a Liverpool native, immigrated to New York in 1854 with his widowed father and sister. There he entered the hat trade, and in 1871 he moved to Kansas City to become “Hyans the Artist Hatter”. Rich from his hat business and real estate deals, Hyans relocated to L.A. in 1885 and was soon rubbing shoulders with bigwigs like Workman, Maltman, Shatto, and Glassell. He was involved in both a “smokeless steam train” scheme and the so-called Cable Road tract at the end of the line, where Hyans Street was named in 1887. Things fell apart with the streetcar, but that didn’t stop Hyans from amassing more land across the county, from Whittier to San Pedro to Monrovia. He was also a city councilman for less than a year before resigning “on account of the press of business”, whatever that means. 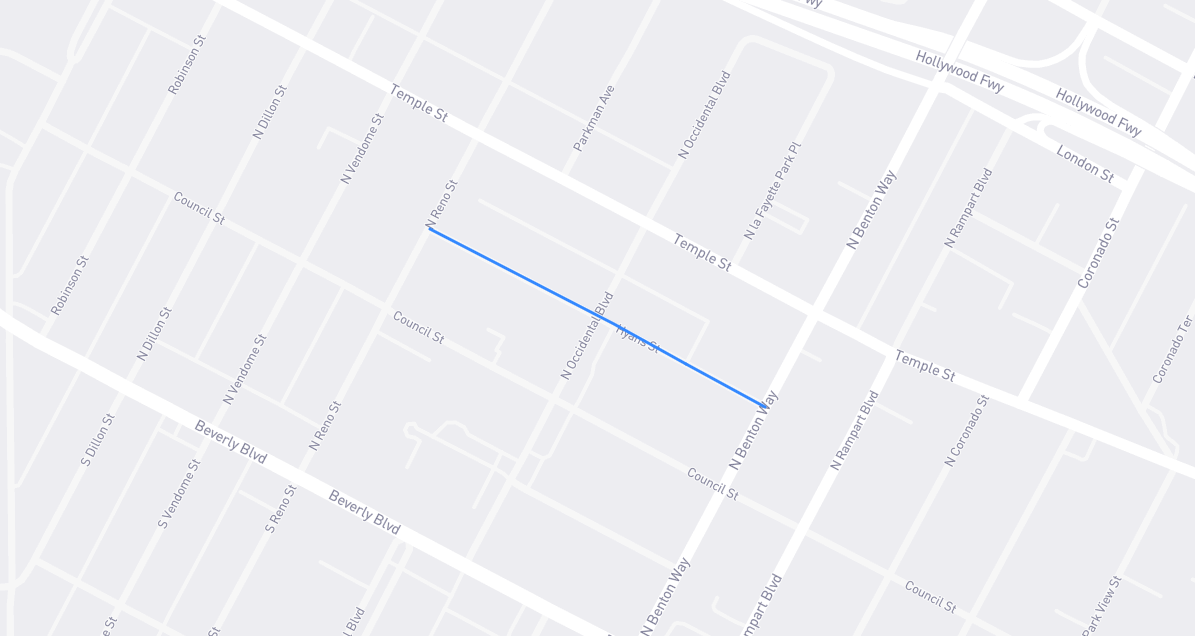