Attorney Andrew Glassell (1827-1901) was a major player in early SoCal development. You’ve heard of Glassell Park, located on an old Mexican land grant that Glassell acquired with Alfred Beck Chapman in 1869. (There was a Glassell Avenue there until 1929, when it was merged into Eagle Rock Boulevard; streets named for Glassell’s family, such as Toland, Andrita, Marguerite, and Drew, still exist.) The two men also owned land southeast of Los Angeles and hired Glassell’s brother William to build a town there. That town, Richland, was renamed Orange in 1873 – not for the local citrus, but because Glassell was born in Orange County, VA. (Our own Orange County adopted the name in 1889.) Glassell grew up in Greensboro, AL and earned his law degree at the University of Alabama. He moved to San Francisco to practice law in 1853, but his Southern pride was fierce and he refused to swear loyalty to the Union when the Civil War broke out. Glassell was thus disbarred until the war was over, at which point he came to L.A. and set up a law firm with childhood friend Chapman and brother-in-law George Hugh Smith. (Glassell’s nephew George S. Patton later replaced Smith in the firm.) This little street was part of the 1887 Cable Road tract, co-owned by Glassell, Joseph Hyans, and others. 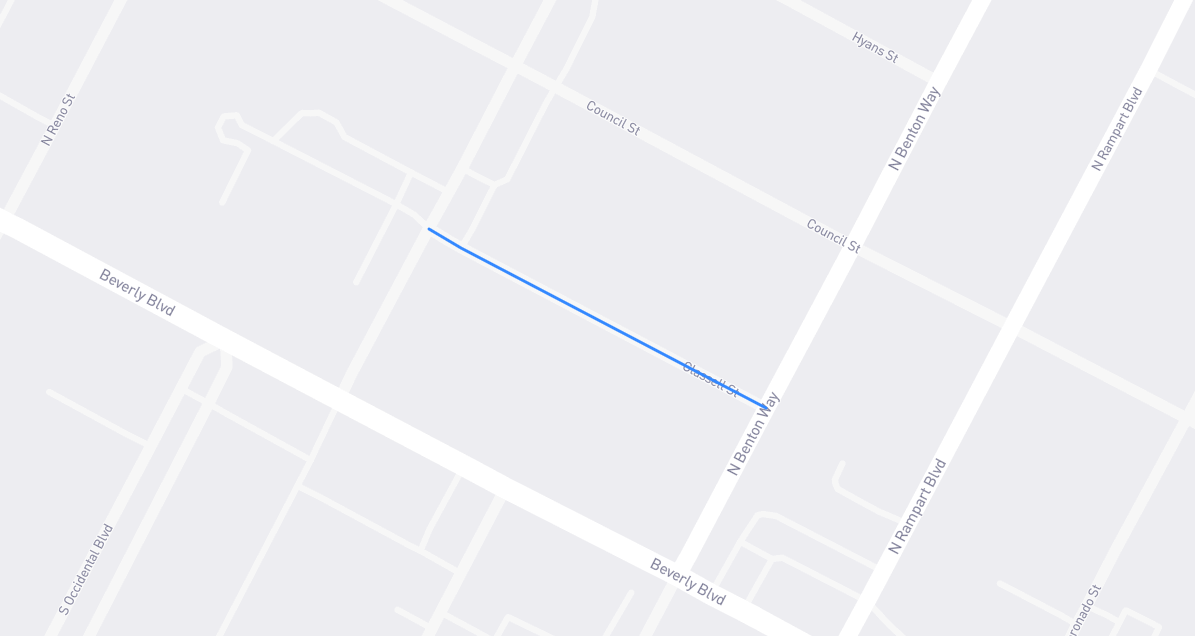