A rampart is a fortified wall outside a castle, settlement, etc. L.A. never had such a thing, so where did this street get its name? From New Orleans, naturally. Back in 1887, three roads were established on the West End Terrace tract, near Westlake: Rampart Street, Baronne Street, and Carondelet Street. All three also happen to be historic thoroughfares in NOLA’s Central Business District, laid out in the same order. (And yes, colonial New Orleans indeed had a fortified wall where their Rampart Street now lies.) The tract was co-owned by Los Angeles Police Commissioner George Crockett Knox (1841-1890), who had lived in NOLA as a young man. Residents had Baronne renamed Coronado Street in 1894; Rampart got upgraded to boulevard status in 1905. 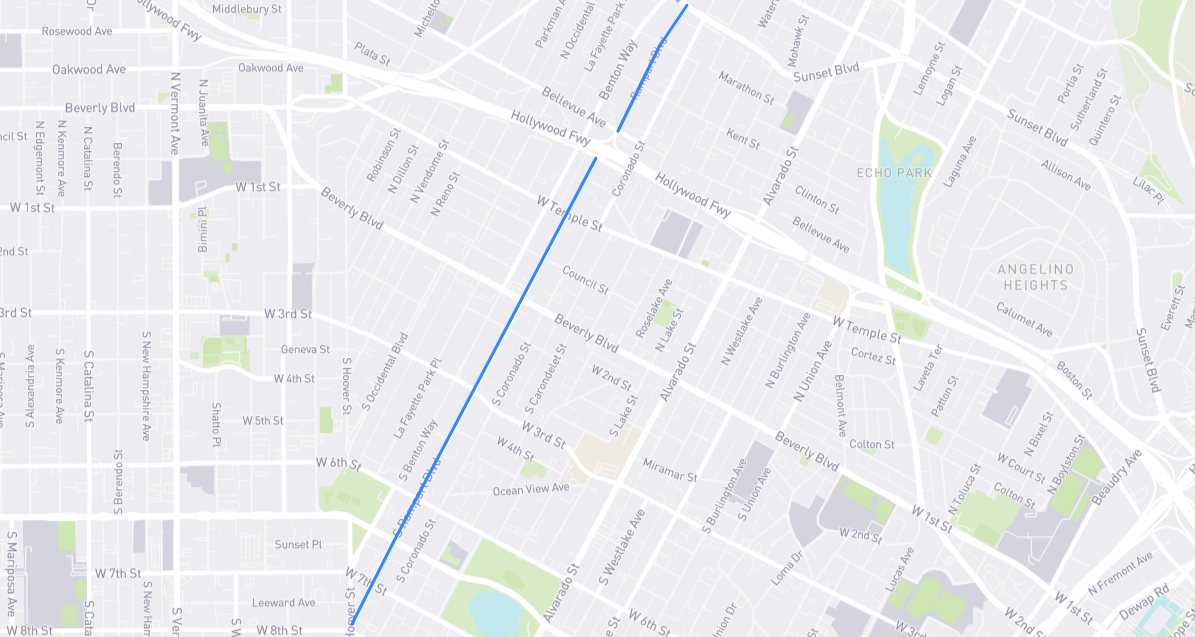