William Henry Workman (1839-1918) was mayor of L.A. in the late 1880s and city treasurer in the early 1900s. Born in Missouri, Workman was the nephew of an important figure in early Los Angeles: an Englishman also named William Workman (see Workman Avenue). The younger Workman came to Rancho La Puente in 1854 with his family. After his father David died in a fall, the surviving Workmans relocated to L.A. in 1855. William H. Workman pursued a series of jobs, most notably in saddlery. His fortunes changed in 1867 when he married Maria Elizabeth Boyle (1847-1933), the only child of the wealthy widower Andrew Boyle. After his father-in-law died in 1871, Workman began developing the land that Maria had inherited into a new, upscale neighborhood called Boyle Heights. Workman’s elevated prominence led to him being elected mayor in 1886. 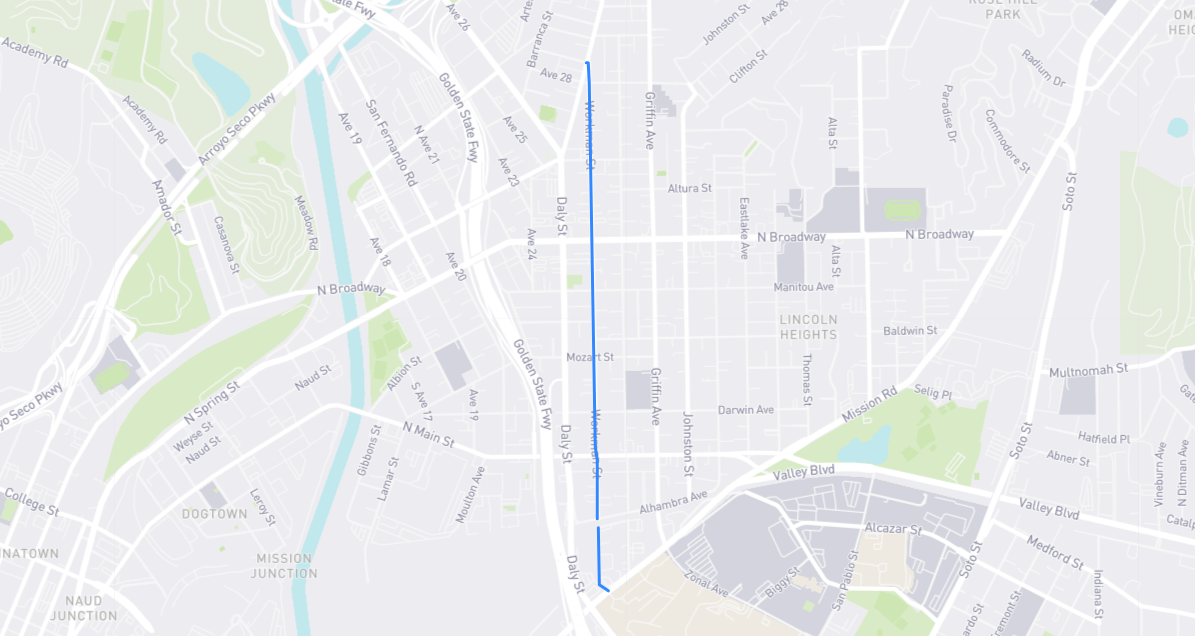