You’re not going to believe this, but Ingomar Street was named after a play called Ingomar, the Barbarian. Yes, really. Although it’s long forgotten now, Ingomar was once so popular that several communities around the U.S. took its hero’s name. Ingomar premiered in Austria in 1842 as Der Sohn der Wildnis: “The Son of the Wilderness”. British actress/playwright Maria Lovell published the English translation in 1851 and it became a hit on both sides of the pond. In Los Angeles, Ingomar was being staged as late as 1933 before it finally exited, stage left. (Ingomar Street was named in 1923; landowners Emory and Harriet Brace must have been fans.) A crowd-pleasing drama set in the Greek colony of Massalia, present-day Marseilles, Ingomar chronicles the romance between the titular barbarian and the Greek maiden Parthenia (no relation to Parthenia Street). Its signature line “Two souls with but a single thought, two hearts that beat as one” endures, although it’s often misattributed to John Keats. 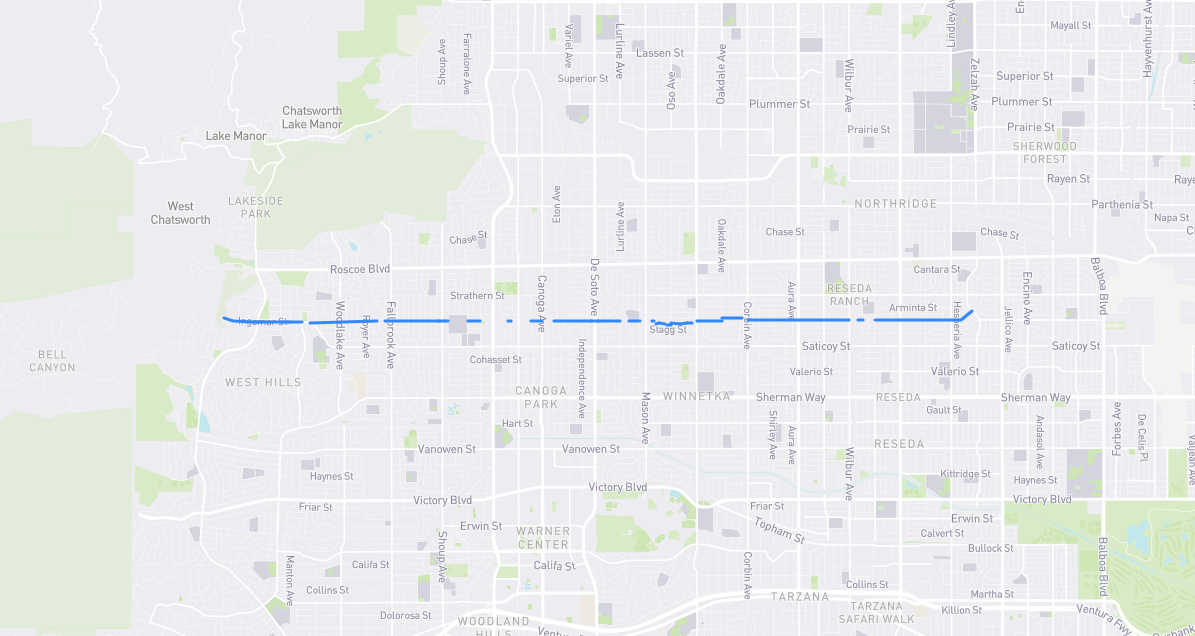