This bit of 17th Street was named for famed trial lawyer Johnnie Cochran (1937-2005) one year after his death. Perhaps best known as O.J. Simpson’s fiery defense attorney, Cochran was born in Shreveport, Louisiana, moved to Los Angeles with his family in 1949, and remained an Angeleno for the rest of his life. He attended Mount Vernon Junior High on this very street; it was rechristened Johnnie L. Cochran Jr. Middle School in 2006. Cochran earned his bachelor’s at UCLA and his law degree at LMU, then split his career between private practice and the district attorney’s office. Old West trivia: The aforementioned school sits on the site of frontier lawman Wyatt Earp’s (1848-1929) last home; a 1994 attempt to name the school for Earp failed. 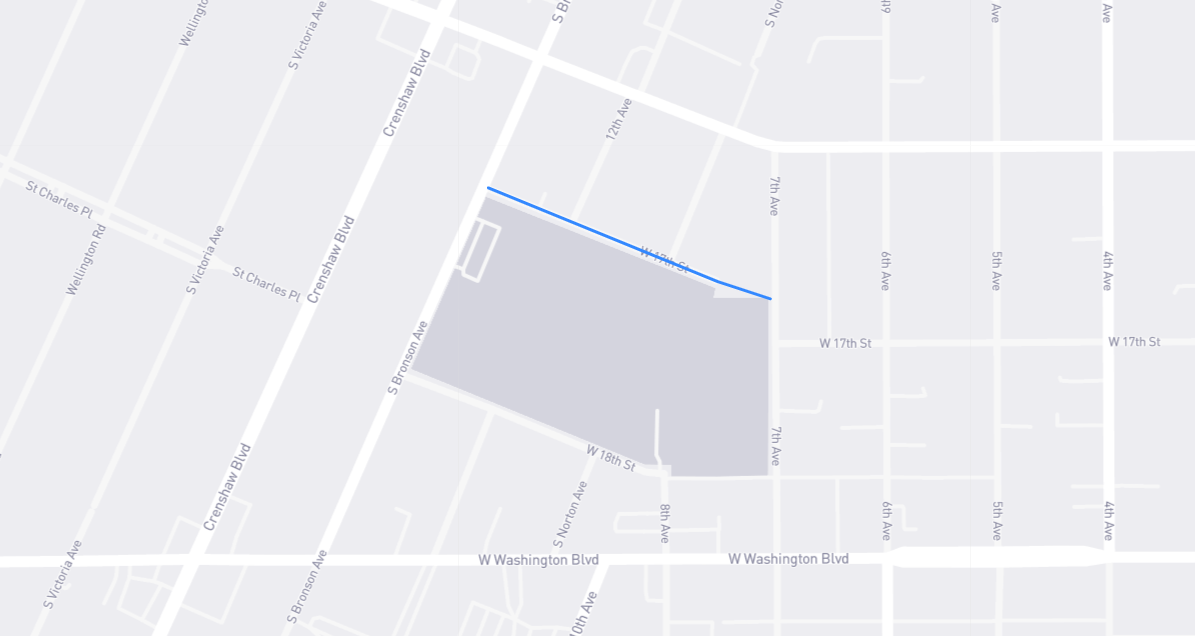