Theodore Rimpau (1826-1913) was a German immigrant who came to L.A. in 1850. That very year, he met and married Francisca Avila (c. 1832-1903), daughter of the late Los Angeles alcalde (mayor) Francisco Avila. Rimpau then moved into the famous Avila adobe on Olvera Street and helped run the family’s Rancho Las Cienegas. In 1868, the Rimpaus relocated to the new German settlement of Anaheim, where Theodore had his ups and downs as a farmer but excelled as a shopkeeper. Several of the Rimpaus’ fifteen(!) children, most notably Albert (1953-1910), returned to L.A. and managed the family’s real estate holdings, which included a large amount of acreage near present-day Rimpau Boulevard (christened Rimpau Avenue in 1907 and receiving boulevard status in 1920). 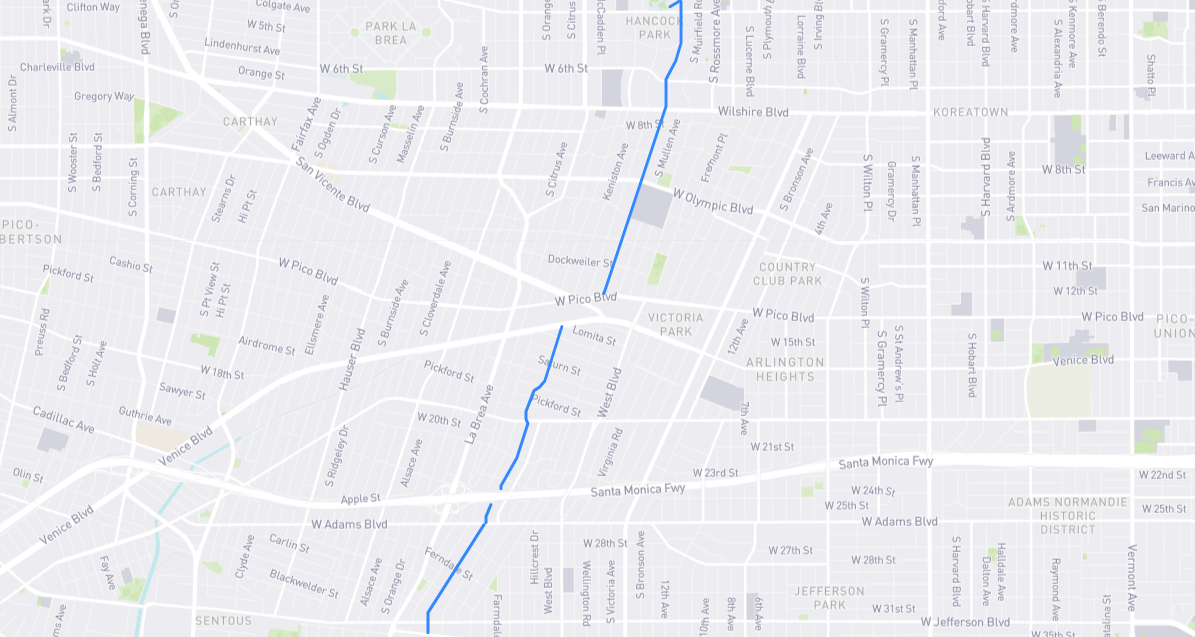