Named for legendary Los Angeles Laker Kareem Abdul-Jabbar (1947-), who played hundreds of games in the nearby Forum. The Harlem-born Ferdinand Lewis “Lew” Alcindor Jr. converted to Islam and adopted his current name in 1968. By then, as a member of the UCLA men’s varsity team, he was the biggest star in the NCAA. (In fact his hoop skills – and his height – were making the news when he was just 13.) Abdul-Jabbar was signed to the Milwaukee Bucks upon his 1969 graduation, then joined the Lakers in 1975, racking up accomplishments too numerous to mention here. Forum Way was renamed Kareem Court on April 23rd, 1989 to coincide with Abdul-Jabbar’s last regular season game with the Lakers. (He was also awarded a Rolls-Royce.) It wasn’t his last NBA game, however: he went with the Lakers into the finals that June, losing to the Detroit Pistons. 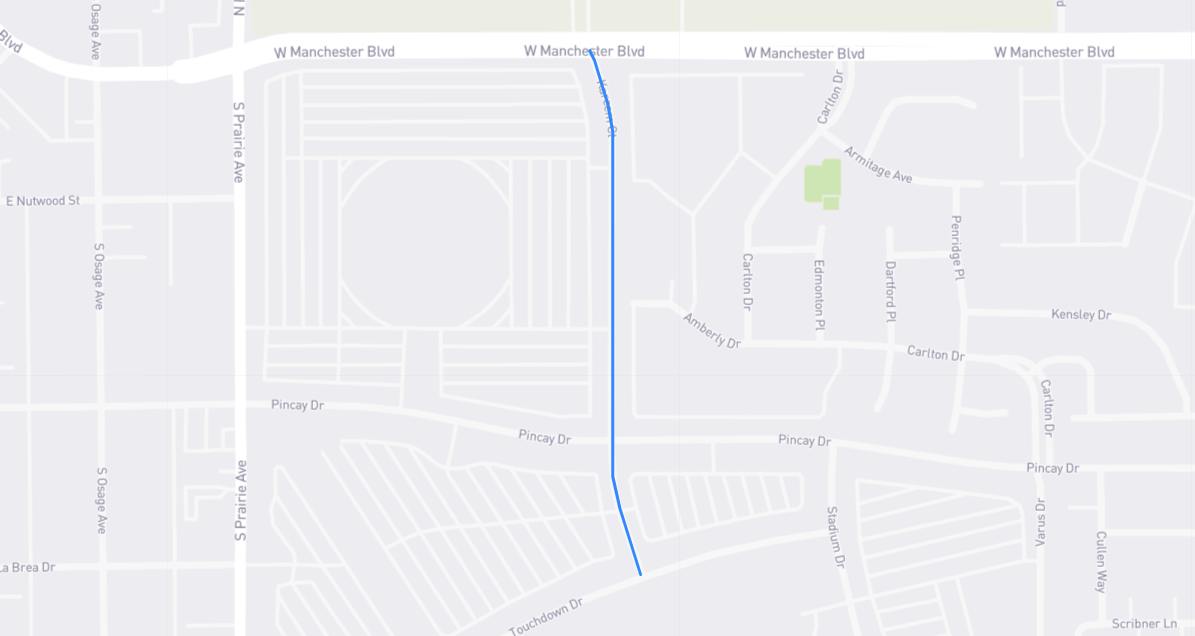