Prairie Avenue was named by 1905, stretching between Nutwood and Arbor Vitae. It was designed as the “P” in an alphabetical series of Inglewood streets, some of which have retained their names (the “A” avenue is Ash, the “G” is Grevillea, the “M” is Myrtle, etc.) while others have not (the “N” was Nightshade, later changed to Flower Street). Those other alphabetical streets have plant-based names – so why doesn’t Prairie? Not sure. Maybe it was a reference to the flat open land found here in the early 20th century, or maybe Inglewood planners were inspired by Chicago’s Prairie Avenue, then home to the Windy City’s millionaires although it was about to fall into decline. 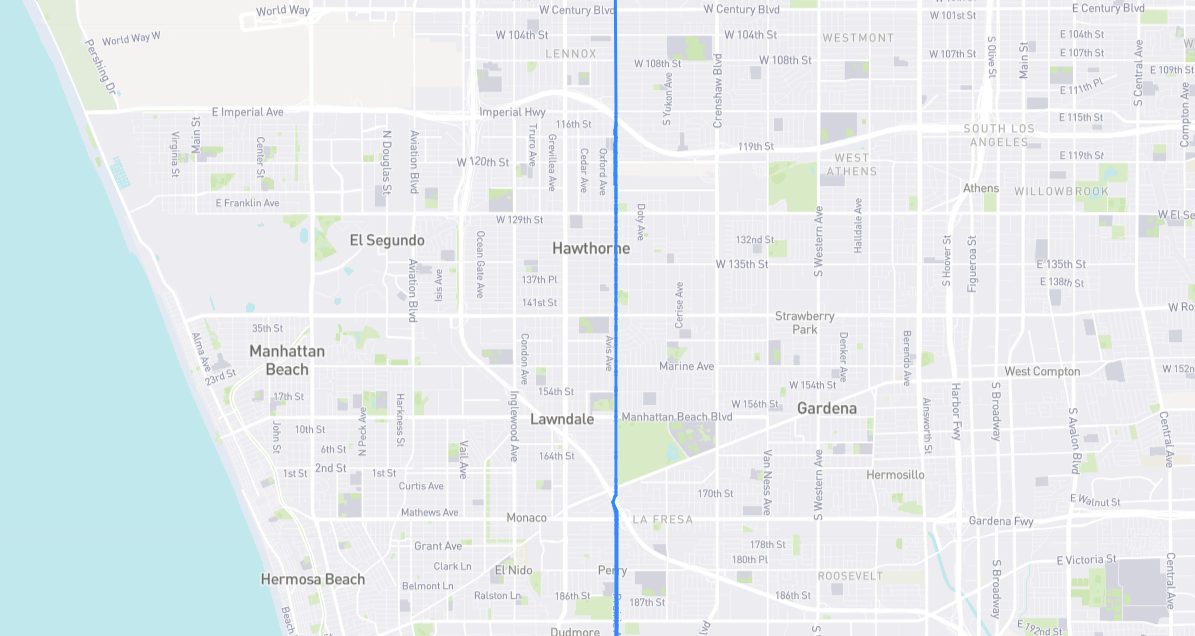