La rue is French for “the street”, but unless someone planned for some awkward redundancy here (“The Street Street”?), La Rue Street more likely honors Eugene Clyde LaRue (1879-1947), a Riverside boy who grew up to be a top hydraulic engineer with the U.S. Geological Survey. The street was named (as La Rue Avenue) in 1920, before LaRue’s work with aqueducts and dams would make him an obvious namesake for a street in the thirsty SFV, but he was prominent in the California water industry by 1913 and he and his family moved from Salt Lake City to Pasadena in 1917, so it’s a fair argument. At any rate, E.C. LaRue is remembered for his efforts in surveying and controlling the Colorado River. He fell out with the USGS in 1927 over his opposition to the Hoover Dam and spent the rest of his career as flood control engineer for L.A. County. 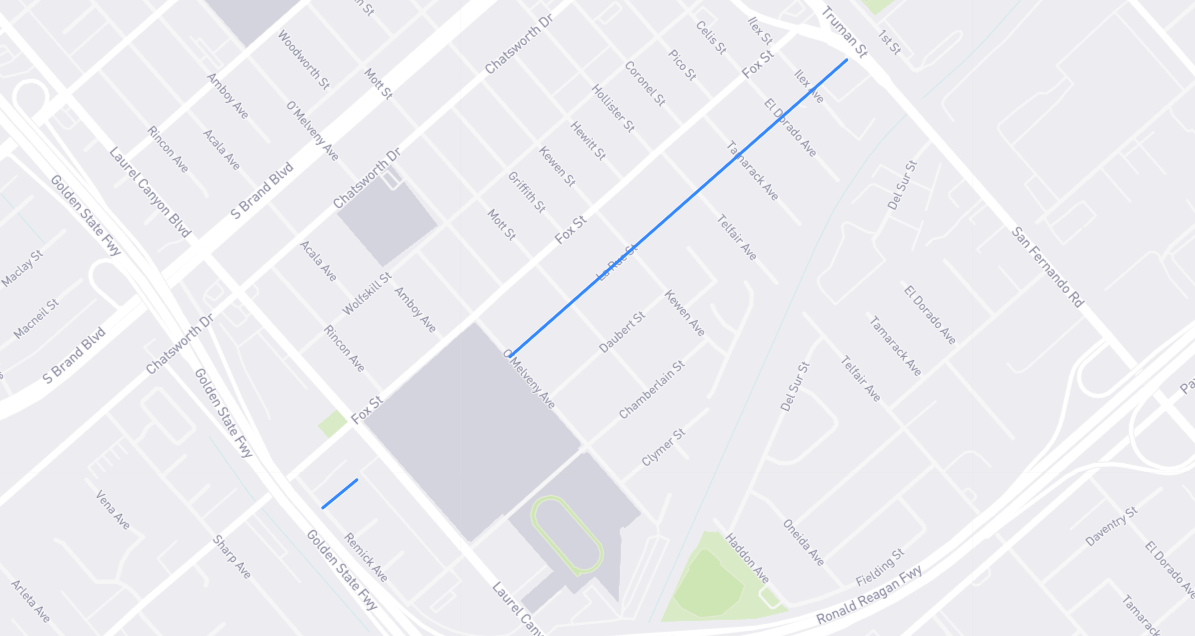