This street is a remnant of the bygone era when Agoura Hills was known as “Picture City”, owing to Universal Pictures setting up remote facilities here to shoot Westerns and the like. It’s often stated that it was Paramount Pictures who named Picture City, as they too had a large outdoor studio here, but Laura La Plante Drive provides a key to the Universal provenance: When the street was christened on January 8th, 1928, Laura La Plante (1904-1996) was Universal’s most popular leading lady, and she appeared at the street’s dedication. A native of Saint Louis, La Plante – then just “LaPlant” – was living in L.A. with her sister Violet and their divorced mother Lydia by 1915. She won her first movie role at fifteen and was signed by Universal in 1922. (1927’s The Cat and the Canary and 1929’s Show Boat are her best-known films.) La Plante left Universal in 1930 and went into semi-retirement after marrying producer Irving Asher in 1934. 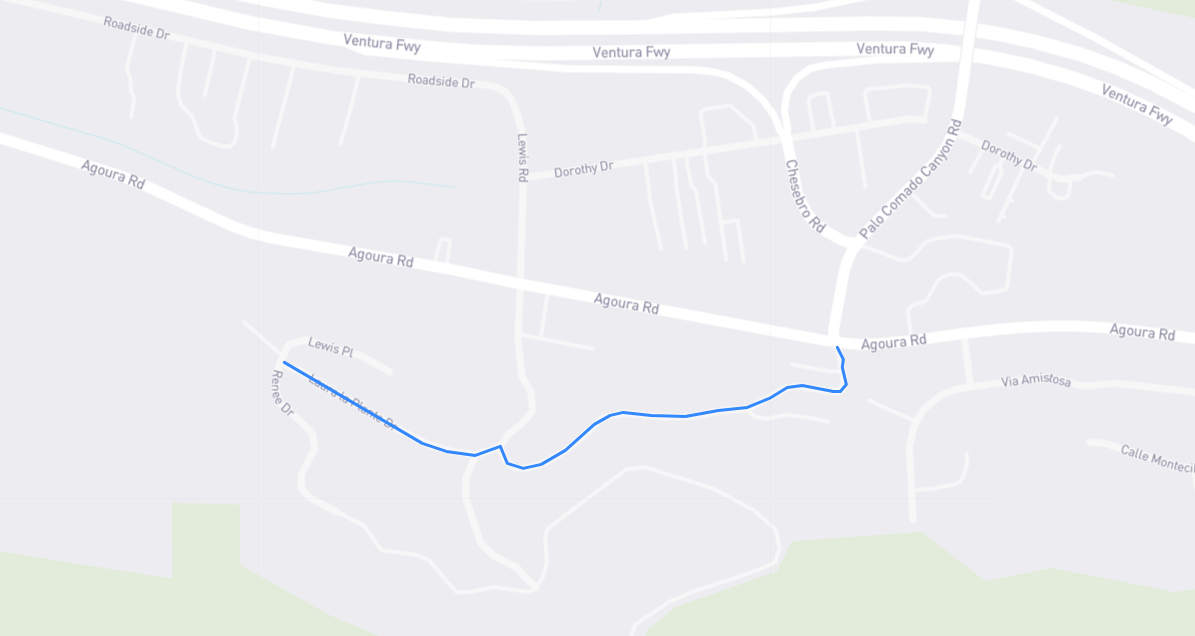