“Leeward” is a maritime term that means “sheltered from the wind” – we often hear of an island having a windward side and a leeward side. Eleven miles in from the ocean, Leeward Avenue is certainly safe from sea breezes, but that’s not how it got its name. It was established in October 1903 as plain old Lee Avenue. Six months later, the City of L.A. demanded a name change to avoid conflicts with Lee Street further south. (Ironically, that Lee Street would later lose its own name: it’s now part of E. 55th Street.) Obviously someone decided “Leeward” was a reasonable substitute for “Lee”. 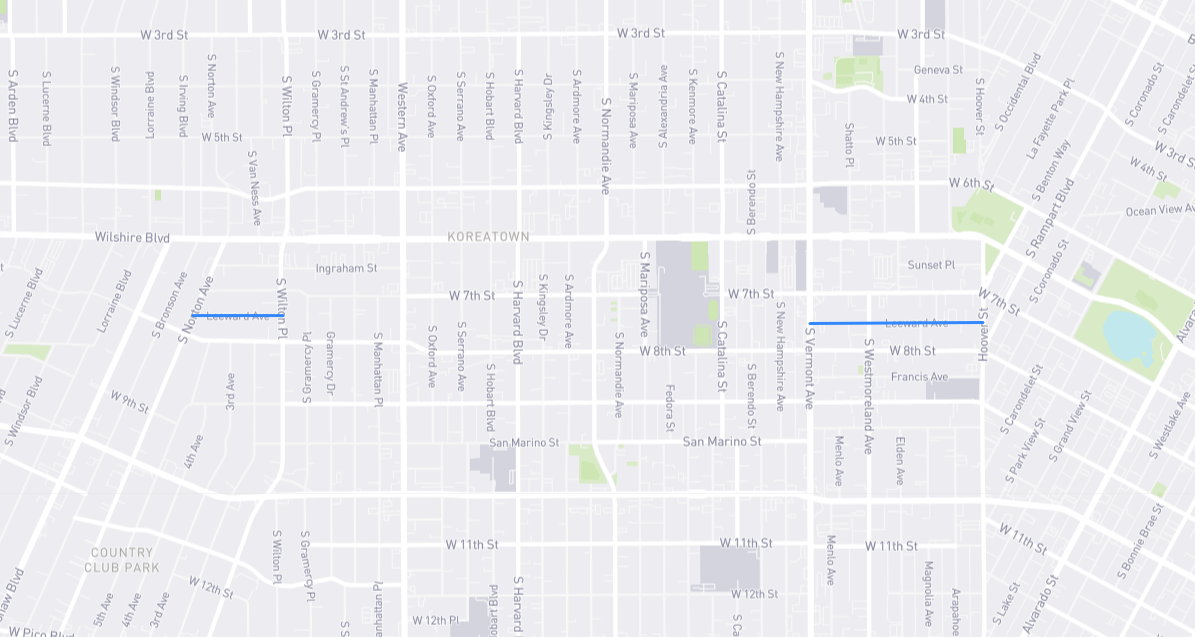