George Rufus Shatto (1850-1893) and Clara Ruth Shatto (1853-1942) were a Michigan couple who came to L.A. in January 1886 and quickly became major real estate players. Among their many holdings, in 1887 they bought Santa Catalina – the whole island – from the estate of James Lick. There they established the town of Shatto, which was soon renamed Avalon, thank heaven. (Actually, thank Clara’s sister-in-law.) Westlake’s Shatto Street ran behind the Shattos’ own mansion on Orange Street (which is now part of Wilshire); it was named in 1891 after the Shattos’ bid to call it “Vieudelou” was rejected. Koreatown’s Shatto Place was named in 1906 – an unusual allowance by the City, as duplicate street names were prohibited back then, but it was on Shatto land after all. Sadly, George died young in a freak train accident near Mojave: while he slept in the caboose, another train collided with it, killing him instantly. Upon hearing the news, Clara fainted in proper Victorian fashion. She recovered, ran their business as a solo enterprise (their only child had died in infancy), and retired to Beverly Hills. She donated 25 acres of her land to the City in 1896 and it is now Lafayette Park. In 1927, she donated adjacent land to the First Congregational Church of Los Angeles, which subsequently named its Shatto Chapel after her. 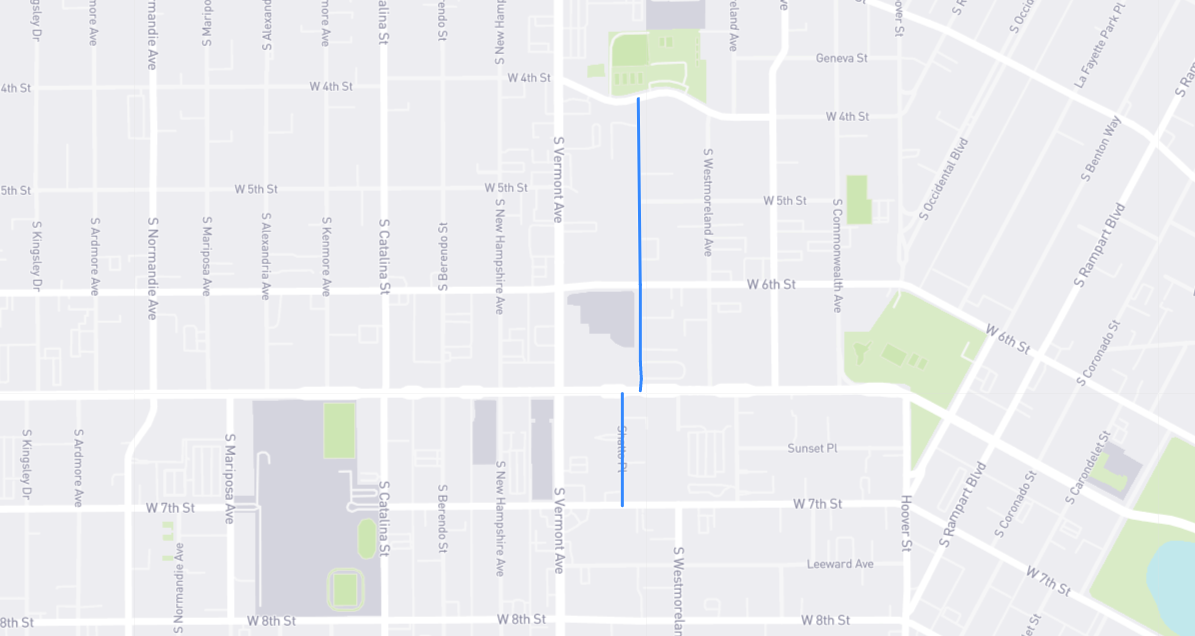