In 1897, the easy-to-misread I Street was rechristened Irolo Street, after a community in the Mexican state of Hidalgo. To complete the duo, neighboring H Street became Hidalgo Street. (It was later absorbed by Normandie Avenue – more on that in a second.) Irolo is a tiny depot town with no known relevance to Los Angeles; my guess is that some civil engineer read it somewhere, thought it sounded pretty, and added it to a file of potential street names. That’s no joke – they really did (and do) keep such files. Anyway, Irolo Street’s relationship with Normandie used to be simple: Normandie was south of Pico and Irolo was north. But after a series of clumsy decisions, the streets now sort of swap identities above Olympic, Normandie disappears between Wilshire and 7th, then Irolo disappears north of 7th. 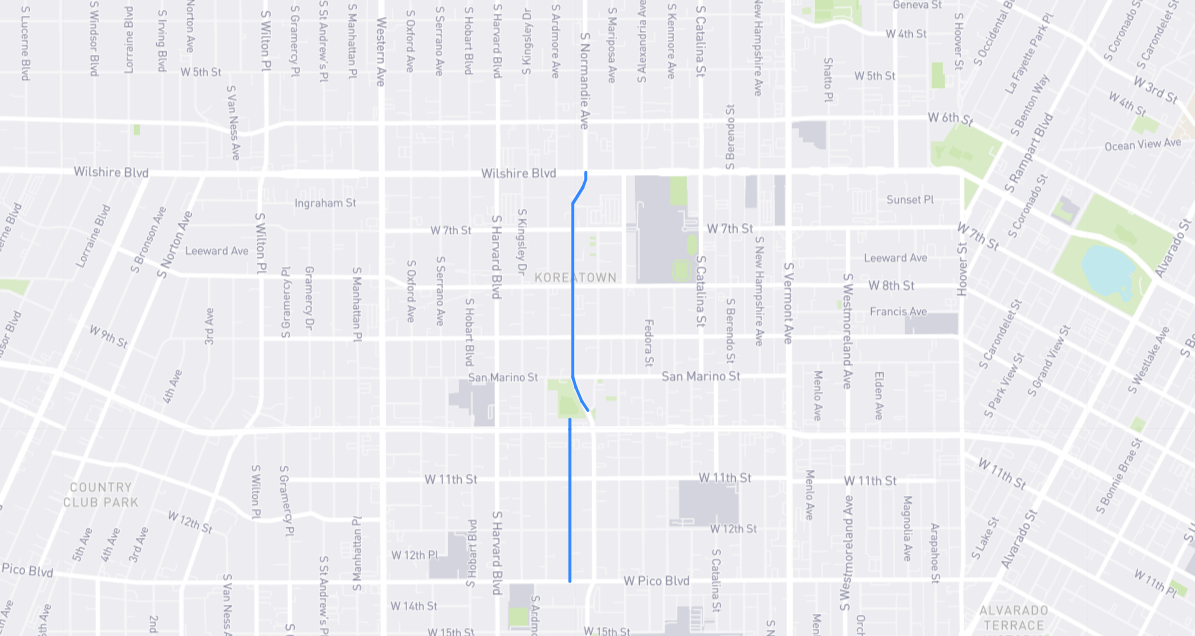