I kid you not: this street is named for a horse. Born in 1898 outside of Santa Ynez, CA, Lou Dillon was one of the most celebrated harness racing horses of her day, the first standardbred to trot a mile in under two minutes. She accomplished that feat in 1903; she retired three years later and died in Santa Barbara in 1915. (That city has a Lou Dillon Lane.) Real estate man Ralph Rogers (1850-1915) introduced Lou Dillon Avenue on his 1904 tract Nadeau Park Villa. Said tract also gave us Alix and Croesus avenues, named for other record-setting trotters. (The latter horse was actually named Cresceus.) These equine streets were likely inspired by Ascot Park, a local racetrack that opened months earlier. 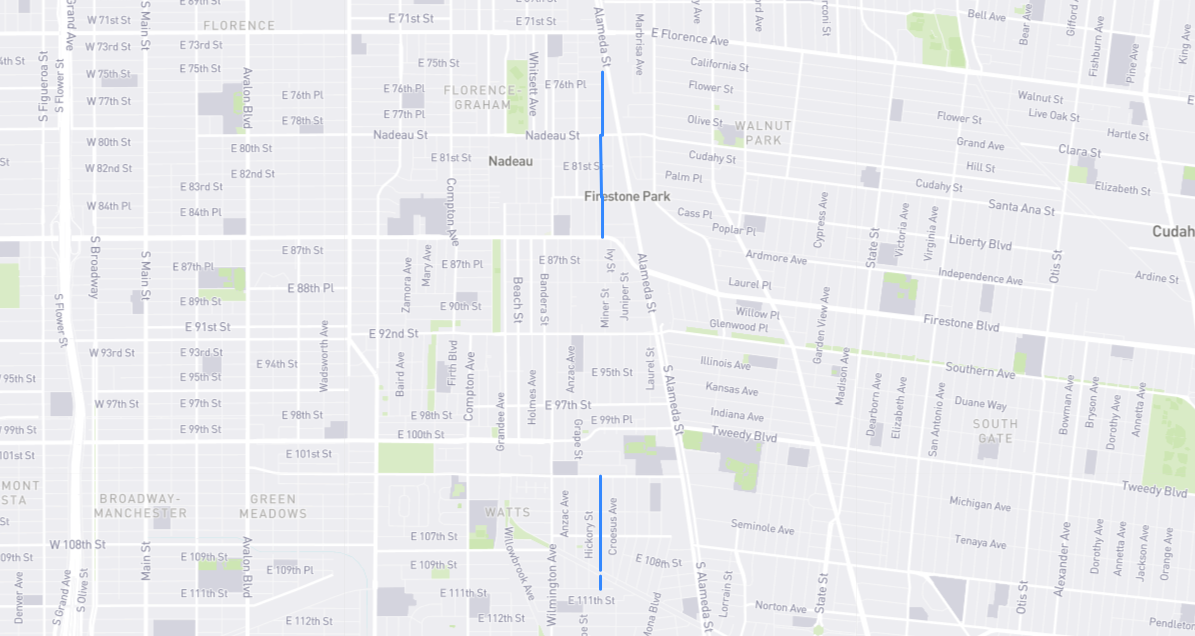