Named for silver transporter turned hotelier Remi Nadeau (c. 1821-1887), who amassed over 3,000 acres here in Florence in the 1870s and 1880s. Born in Quebec, Nadeau first moved to New Hampshire, where in 1844 he married his first wife Martha (1820-1904). After rearing four children there and in Minnesota, the Nadeaus came to Los Angeles in 1861 and Papa Remi established a hugely profitable enterprise: using mule teams to haul silver bullion from desert mines (in particular Cerro Gordo, co-owned by fellow French Canadian Victor Beaudry and Mortimer W. Belshaw) into L.A. and San Pedro. The Nadeaus divorced and Remi wed second wife Laura (1832-1909) in 1879. Three years later, he quit the freight business and started building the opulent Nadeau Hotel at 1st and Spring; meanwhile, he was converting his Florence acreage from a failed sugar beet venture into a successful vineyard. After Nadeau’s death, his family sold most of his land to Michael Cudahy and subdivided the rest. Nadeau Street was named by 1900. 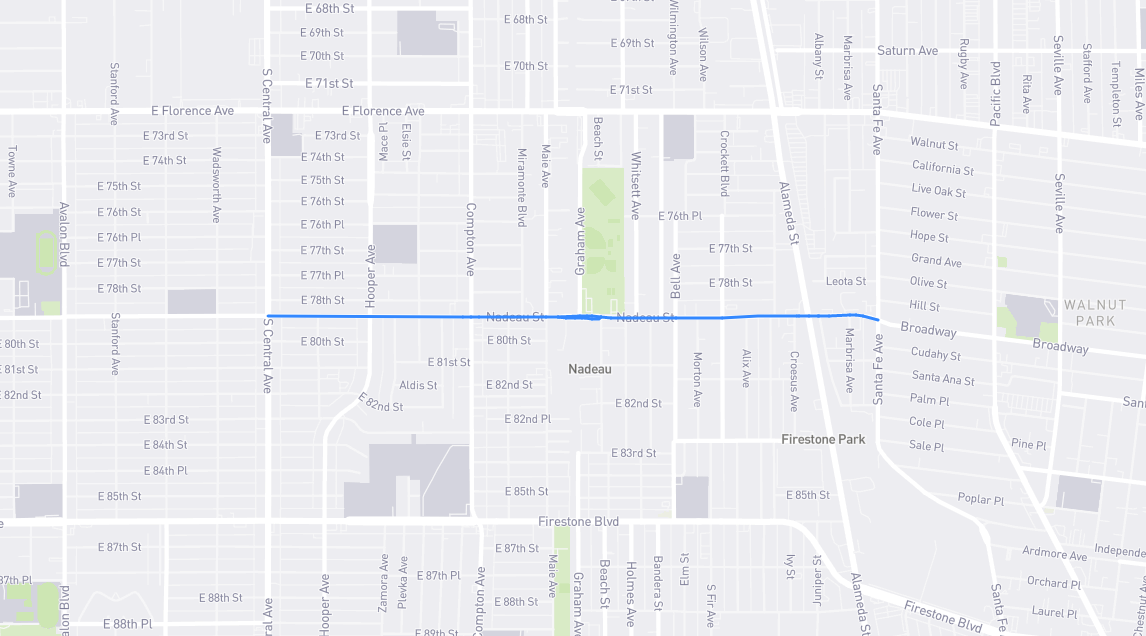