Named in 1904 after the racehorse Alix (1888-1901), a.k.a. Sweet Little Alix, a world champion trotter whose records would only be broken by other notable trotters of her day, Cresceus and Lou Dillon. It’s no coincidence that the latter two also have namesake streets on the Nadeau Park Villa tract, although Cresceus’s avenue is spelled Croesus. (The tract also had an Axtell Avenue, honoring another famous trotter, but it was rechristened 81st Street.) The inspiration for all this horseplay: Ascot Park, a horse (later auto) racetrack that opened a couple of miles away in December 1903. 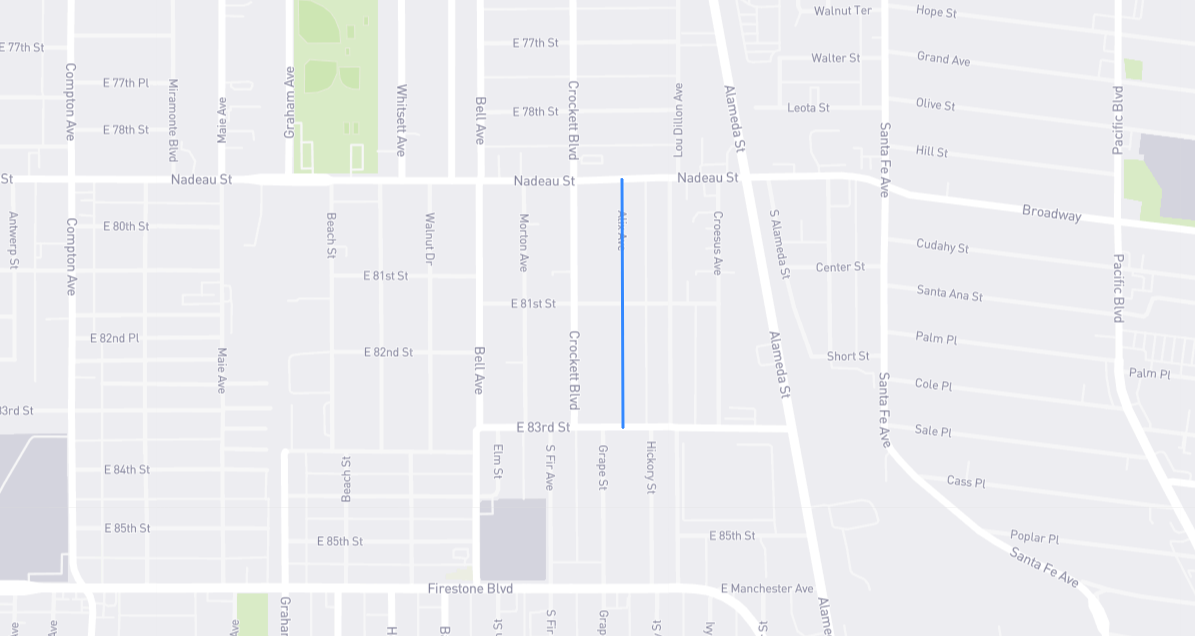