Monrovia’s main drag honors its founder’s eldest daughter. After William Newton “Daddy” Monroe (1841-1936) established Monrovia in 1885, Myrtle Avenue was one of the first streets he laid out. Its namesake, Myrtle Mignonette Monroe (1873-1960), was born in Iowa, spent her early childhood in several locales due to her father’s work as a railroad contractor, and grew up in Monrovia. In 1893, Myrtle married Bruce Crawford Bailey (1866-1955), an actuary who worked for another railroad contractor in Zacatecas, Mexico. The Baileys resided in Mexico for many years before resettling in Monrovia in 1922; their house was on North Myrtle Ave. The couple, who had no children, spend their last years together in Lake Elsinore, but Myrtle came back to Monrovia in 1957. 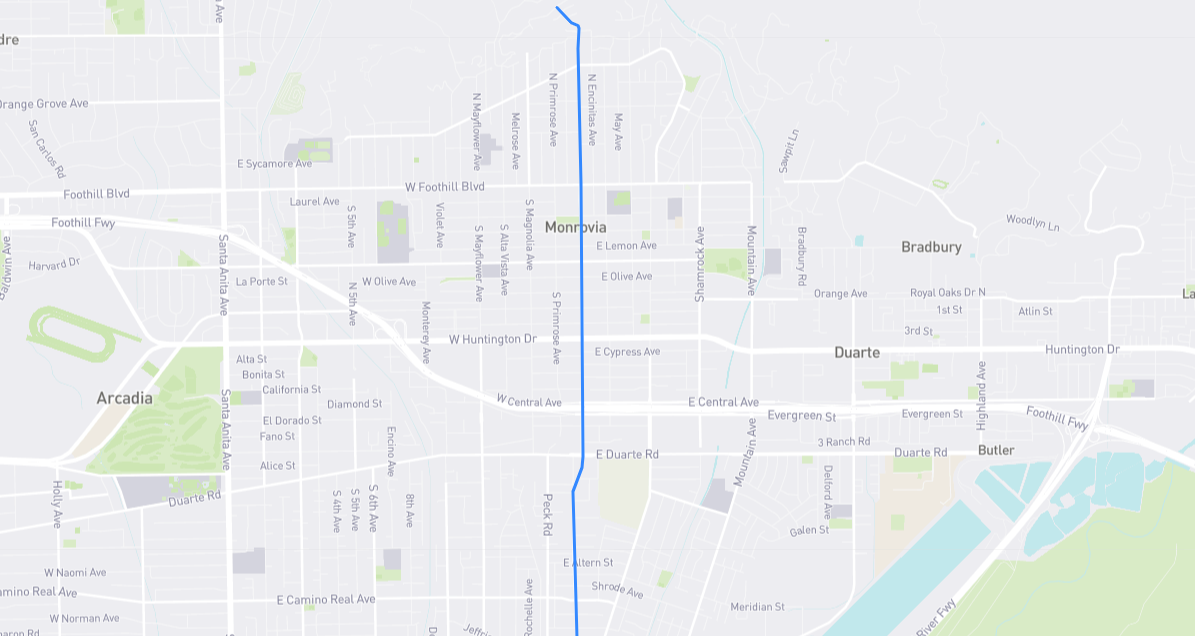