Named for John Patrick Mansfield (1851-1928), a furniture salesman turned cattle rancher. Born in Wisconsin to Irish immigrant parents, Mansfield and his four younger brothers came to Los Angeles in the 1880s. They eventually owned cattle land in both Mexico and New Mexico, as well as a 100 acre ranch where La Brea and Edgewood now intersect. In 1922, said ranch was subdivided into the Mansfield Knoll tract, named by Mansfield’s only child Helen (1891-1982). Naturally, Mansfield Ave. was also christened at that time. John Mansfield died just three days before his wife Caroline in late 1928; apparently she couldn’t live without him. Helen Caroline Mansfield married for the first time in 1963 – at the tender age of 71. 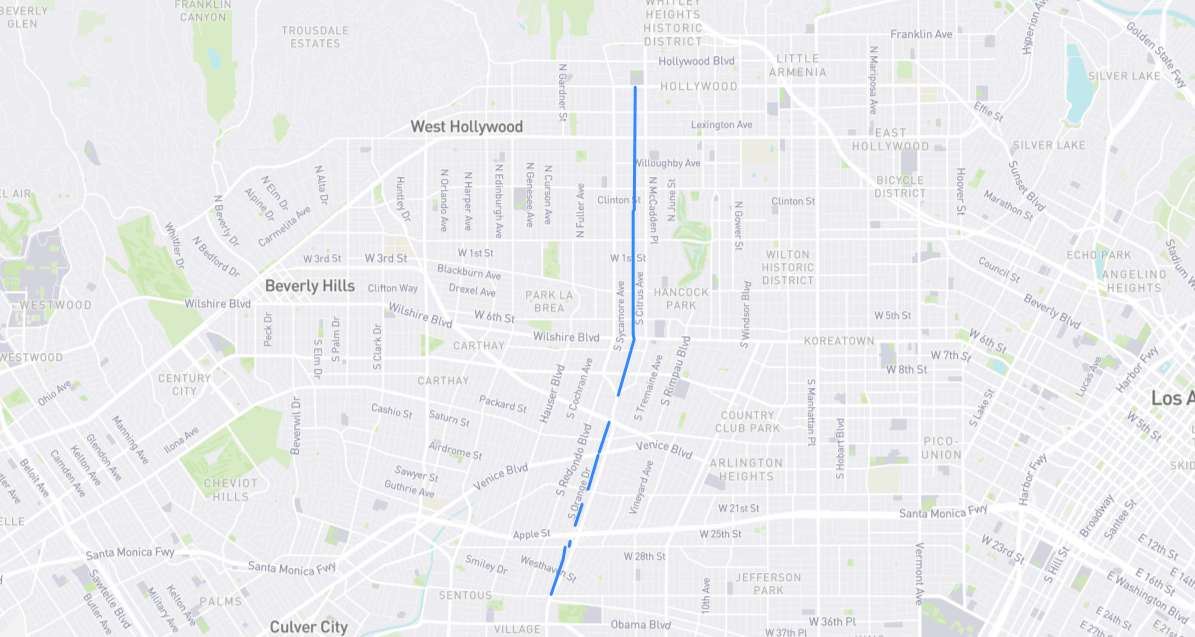